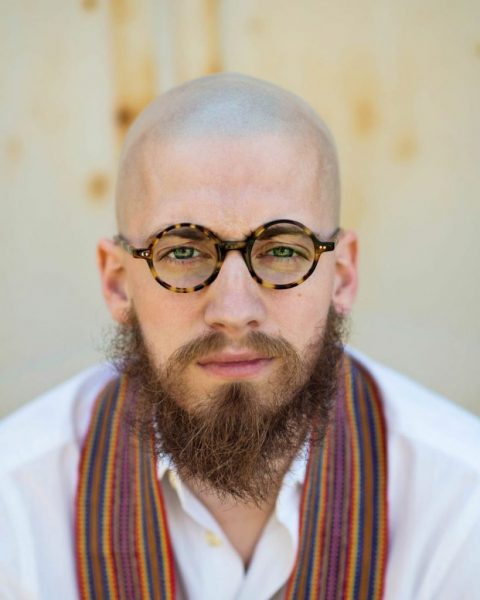 Jeff Hood, the organizer of the July 7th Dallas Black Lives Matter rally is a homosexual Islamist who calls himself a Christian pastor. To provide proper context– in 2015, after Americans protested the CAIR organized “Respect the Prophet” event in Dallas, Jeff Hood said: “I think that Texas Muslims are the real Christians.”

After the Paris attacks, he wrote a blog entry about “The Call of the Muslim Jesus” sympathizing with the Islamists and ISIS who are marginalized by society. He wrote:

“In our Islamophobic society, I have no question that Jesus is so intimately incarnated with and connected to our Muslim friends that he has become one. If we want to walk with Jesus in this moment of extreme oppression and marginalization, we will too.”

Along with this post, Hood advocates that Jesus converted to Islam– and posted a picture of Jesus as a Muslim:

He has also described a conversation he had with someone about Islam:

“The beauty of the way they talked from an Islamic perspective about Jesus and the need to love all people moved me deeply. Their faith pushed me to believe again.” (Which is not the Jesus of the Bible.)

Jeff Hood dresses like and appears to be a Sufi Islamist:

He is a homosexual who blasphemously wrote in his book, The Courage to be Queer, that

“Jesus was the most queer person on Earth.”

And because Jesus was “queer” this gave him the strength also to be queer. He added:

“In fully living into the Queer within, Jesus became different and made all the difference.”

Breitbart News also reported that the alleged pastor wanted to create a space for violence:

Dallas protest organizer @revjeffhood told Dallas Morning News he wanted to "create a space for anger and rage" against police.

Breitbart points out that in a June 18 website post, Hood referred to Jesus being present to “Keep blowing sh#@ up baby!” He led a worship service about which he described:

Just this past week, I felt the hands again. One by one, the children of God at the Church at the Table in Fort Worth stopped to affirm and celebrate my ministry. In the midst of the reverence of it all, Jesus showed up. One of my dear friends shouted out, “Keep blowing shit up baby!” I will. Amen.

On his website, BelieveOutLoud, Hood describes himself as “the author of three books, The Queer: An Interaction with The Gospel of John, The Queering of an American Evangelical and The Sociopathic Jesus. A Southerner, Queer, and Christian, Jeff is a committed activist, visionary writer and radical prophetic voice to a closed society.”

For those who may be confused, nothing this man says remotely resembles what is clearly stated in the Bible, which genuine Christians believe is the only Word of God. As Jesus, not anyone else, is part of the Triune God. He has nothing to do with Muhammad (who was born roughly 600 years after Jesus was), nor did he ever mention any God other than God the father, who is not Allah.

Christians and Muslims do not worship the same God. Nor do they believe the same thing about who Jesus is. But, historical events and eye witness accounts have proven what Jesus said and did to be true.