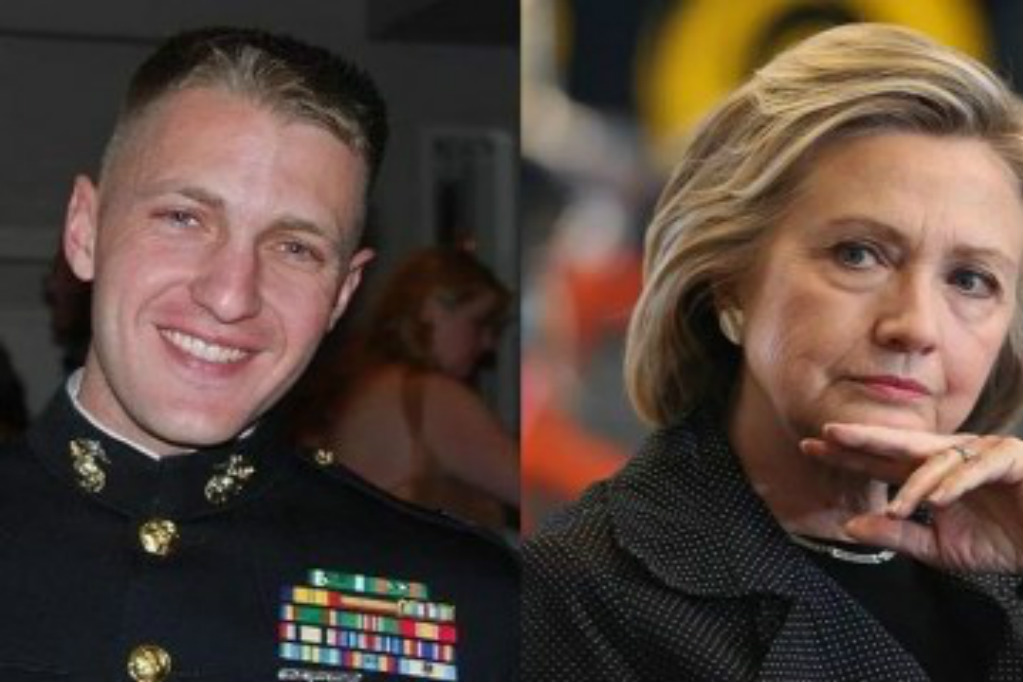 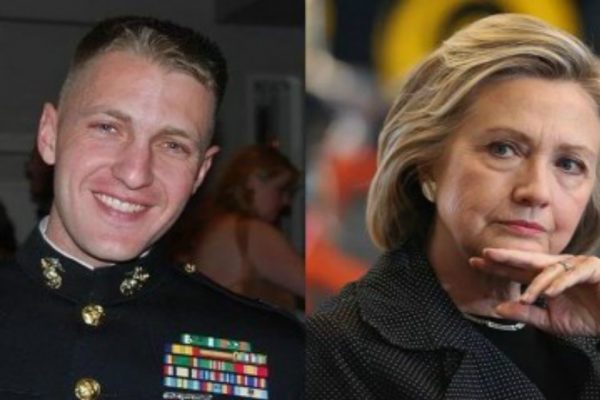 However, the central government violates law at will. I’m speaking of the cases of both Hillary Rodham Clinton and Marine Major Jason Brezler.

Recently, the FBI has said that Hillary Clinton should not be charged for her breech of national security by sending and receiving thousands of classified emails through a personal email server in violation of federal law. They claim this because they say that Mrs. Clinton did not know she was breaking the law while breaking the law. Yes, it’s a ridiculous argument, but only for the little people.

Now, a US Marine who sent just one classified email via a Yahoo email service to protect his fellow Marines, is now engaged in a legal battle over what basically amounts to the same actions as Clinton, only in this case, it was not a national security breech, but an honest attempt to protect his brothers.

A Marine Corps officer who has been locked in a legal battle with his service after self-reporting that he improperly disseminated classified information will use Hillary Clinton’s email case to fight his involuntary separation from the service, his lawyer said.

Maj. Jason Brezler’s case has been tied up in federal court since he sued the service in December 2014. He became a cause celebre among some members of Congress, Marine generals and military veterans after he sent a classified message using an unclassified Yahoo email account to warn fellow Marines in southern Afghanistan about a potentially corrupt Afghan police chief. A servant of that police official killed three Marines and severely wounded a fourth 17 days later, on Aug. 10, 2012, opening fire with a Kalashnikov rifle in an insider attack.

One servant of the police chief had already killed three Marines and severely wounded a fourth Marine just 17 days later in August of 2012.

Maj. Brezler, who is still in the reserves and works full time for the New York City Fire Department, is not facing criminal charges, but may lose his Marine career over the matter.

After Brezler voluntarily handed over an unclassified hard drive and thumb drive, it was discovered that he had more than 100 classified documents on the devices. As a result of the finding, the board of inquiry recommended that Brezler be removed from service in December 2013.

Brezler then sued the service in December 2014. However, his attorney, Michael J. Bowe, is planning on pointing to the treatment that has been given Mrs. Clinton to demonstrate how the government does not deal fairly under the law.

An attorney for Brezler, Michael J. Bowe, said that he intends to cite the treatment of Clinton “as one of the many, and most egregious examples” of how severely Brezler was punished. FBI Director James B. Comey announced Tuesday that he would not recommend the U.S. government pursue federal charges against Clinton, but he rebuked her “extremely careless” use of a private, unclassified email server while serving as secretary of state. The FBI found that 110 of her emails contained classified information.

Bowe said it is impossible to reconcile President Obama’s statement that Clinton’s intentional act of setting up a secret, unsecured email server did not detract “from her excellent ability to carry out her duties” while Brezler received a “completely opposite finding… involving infinitely less sensitive and limited information.”

We know Clinton had many national security emails that were sent and received via her email server and we are unsure what emails were actually deleted. One thing we do know about Major Brezler is that he was seeking to save lives, not ignoring American’s demands for protection and rescue. That is something that neither Hillary Clinton nor Barack Hussein Obama can say.