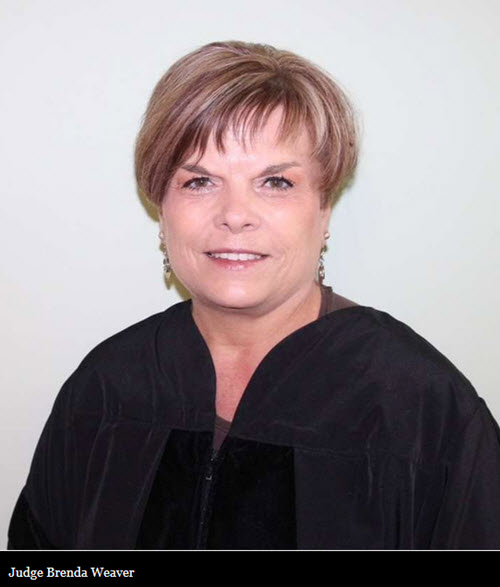 Mark Thomason, a publisher out of North Georgia, and his attorney Russell Stookey, were both charged with attempted identity fraud and identity fraud after filing an Open Records Act request that apparently hit a little too close to home for a judge.

Thomason was also charged making a false statement in his request. They were arrested, spent the night in jail, released on $10,000 bond, and will be subject to random drug screens and a laundry list of things they cannot do or they’ll be thrown back in jail before their trial.

By all appearances, the arrests are in retaliation for pissing off Superior Court chief judge and chair of the state Judicial Qualifications Commission Brenda Weaver, who obtained the indictments on Thomason and his lawyer seemingly because of what they were after in their records request in regard to her business dealings.

In his open records request, Thomason asked for copies of any checks that were “cashed illegally” and his lawyer Stookey subpoenaed the banks where Weaver and a fellow judge hold bank accounts for their office expenses.

In trying to stop them from getting that information, Judge Weaver implied that Thomason and Stookey were attempting to steal bank account information from the checks — as if to commit fraud. Weaver stated she did not grant the two men her permission before the lawyer sent the subpoenas.

Kinda hard to find out the truth about a judge’s potentially illegal activities if you have to go through the judge in question for permission to do so first.

[Judge] Weaver said she resented Thomason’s attacks on her character in his weekly newspaper and in conversations with her constituents.

“I don’t react well when my honesty is questioned,” Weaver said.

She said others in the community were using Thomason to get at her. “It’s clear this is a personal vendetta against me,” she said. “I don’t know how else to explain that.”

Personal vendetta or not, if she isn’t doing anything improper with her business expenses as a judge, she should be proud to prove it instead of blocking the records from being released with what appear to be trumped up, baseless charges. The Open Records Act says those records are a matter of public interest and the people of Georgia have a right to request them.

According to Georgia’s Open Records Act, “open government is essential to a free, open, and democratic society” and “public access to public records should be encouraged to foster confidence in government and so that the public can evaluate the expenditure of public funds and the efficient and proper functioning of its institutions”.

“Open Records” include “all documents, papers, letters, maps, books, tapes, photographs, computer based or generated information, data, data fields, or similar material prepared and maintained or received by an agency or by a private person or entity in the performance of a service or function for or on behalf of an agency or when such documents have been transferred to a private person or entity by an agency for storage or future governmental use.”

The judge should know that better than anyone.

Talk about a witch hunt for attempting to expose corruption…

After widespread public outcry, the DA moved to dismiss the charges yesterday. Wonder if the two men will get those records they requested now?

Slowly But Surely, The Truth Is Coming Out

CNN told producers to lie and fearmonger about Covid-19 deaths for...