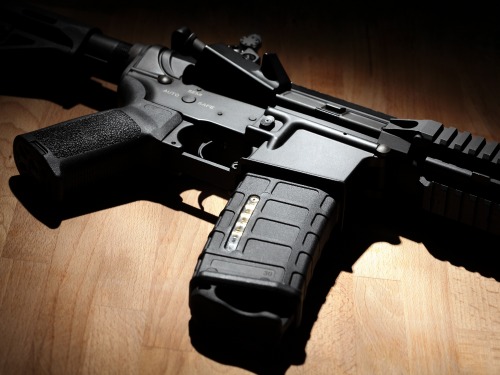 Gun Control supporters, and the Left in general, like to portray themselves as loving peaceniks who only want to make America safe. They say that if only the American public was willing to be disarmed, we could reduce crime and eliminate mass shootings. However, gun control is an inherently authoritarian policy, and deep down, the most radical gun control proponents are anything but peaceful.

For instance, take Professor James Pearce of Southern State Community College (SSCC) in Ohio. He recently told his followers on Facebook that the only way to stop the NRA’s influence, is for liberals to arm themselves, storm the NRA’s headquarters in Virginia, and kill everyone.

“Look, there’s only one solution.” he wrote “A bunch of us anti-gun types are going to have to arm ourselves, storm the NRA headquarters in Fairfax, VA, and make sure there are no survivors. This action might also require coordinated hits at remote sites, like Washington lobbyists. Then and only then will we see some legislative action on assault weapons. Have a nice day.”

Hopefully he wasn’t referring to that limp-wristed journalist who got PTSD from firing an AR-15. Somehow I don’t think that a mob of gun grabbers like him would last very long in a frontal assault against the NRA’s headquarters.