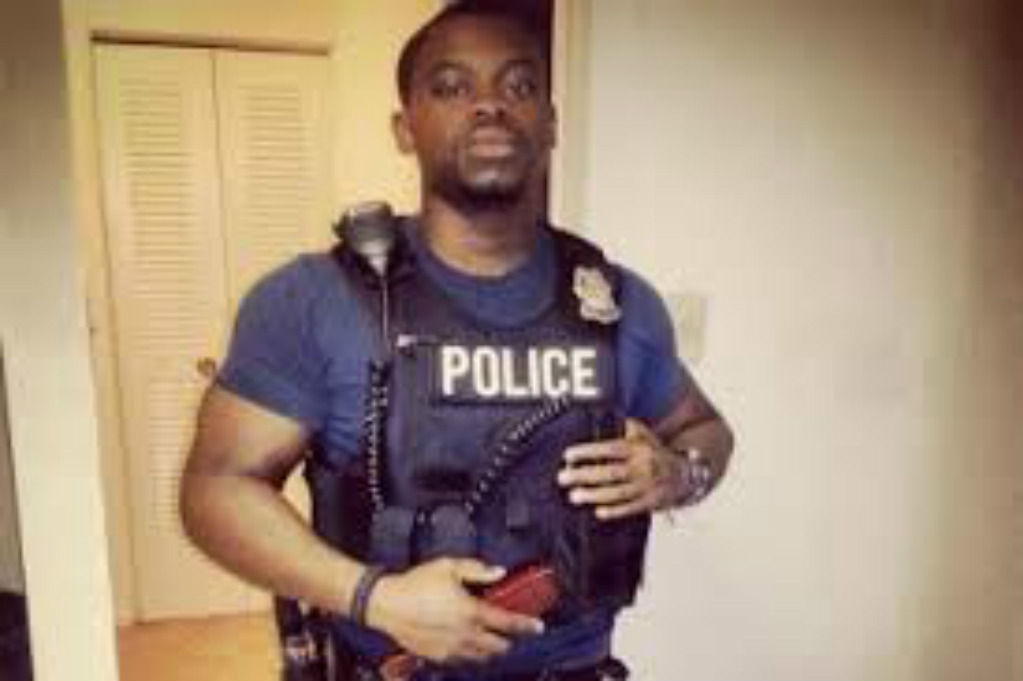 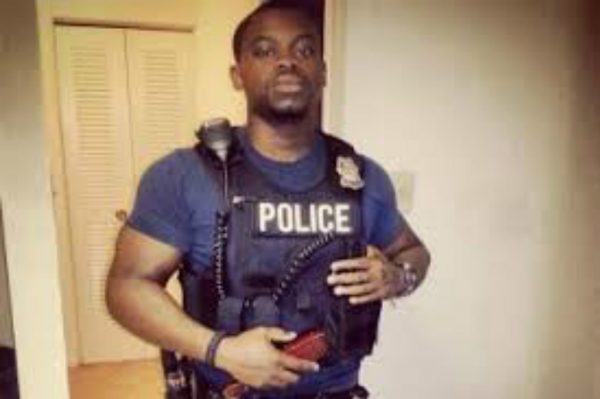 Following the shooting of police officers in Dallas, Texas last week, Palm Beach County Officer Jay Stalien took to Facebook to blast the Black Lives Matter movement. This piece is longer than normal, but the ideas of Officer Salien should not be ignored by our society.

Stalien, who is also a former police officer with the Baltimore Police Department, wrote the following, in which he said was “something that is still hard for me to understand to this day” and that “may be a shock to some coming from an African American.” However, he said that the very fact that it may be shocking to some is “evidence of the sad state of affairs that we are in as Humans.”

I used to be so torn inside growing up. Here I am, a young African-American born and raised in Brooklyn, NY wanting to be a cop. I watched and lived through the crime that took place in the hood. My own black people killing others over nothing. Crack heads and heroin addicts lined the lobby of my building as I shuffled around them to make my way to our 1 bedroom apartment with 6 of us living inside. I used to be woken up in the middle of the night by the sound of gun fire, only to look outside and see that it was 2 African Americans shooting at each other.

It never sat right with me. I wanted to help my community and stop watching the blood of African Americans spilled on the street at the hands of a fellow black man. I became a cop because black lives in my community, along with ALL lives, mattered to me, and wanted to help stop the bloodshed.

“I remember the countless times I canvassed the area afterwards, and asked everyone ‘did you see who did it,’ and the popular response from the very same family members was always, ‘F**k the Police, I ain’t no snitch, I’m gonna take care of this myself’,” he added. “This happened every single time, every single homicide, black on black, and then my realization became clearer.”

He then recounted how each day would go as a police officer.

“I woke up every morning, put my freshly pressed uniform on, shined my badge, functioned checked my weapon, kissed my wife and kid, and waited for my wife to say the same thing she always does before I leave, ‘Make sure you come back home to us,” he wrote. “I always replied, ‘I will,’ but the truth was I was never sure if I would. I almost lost my life on this job, and every call, every stop, every moment that I had this uniform on, was another possibility for me to almost lose my life again. I was a target in the very community I swore to protect, the very community I wanted to help. As a matter of fact, they hated my very presence. They called me ‘Uncle Tom’,’ and ‘wanna be white boy,’ and I couldn’t understand why. My own fellow black men and women attacking me, wishing for my death, wishing for the death of my family. I was so confused, so torn, I couldn’t understand why my own black people would turn against me, when every time they called …I was there. Every time someone died….I was there. Every time they were going through one of the worst moments in their lives…I was there. So why was I the enemy? I dove deep into that question…Why was I the enemy? Then my realization became clearer.”

However, he was only pushed to research the facts of complaints that were provided by members of his community as to why they hated police officers. Once he did that, he presented his findings to those complaints and here’s what he discovered.

Complaint: Police always targeting us, they always messing with the black man.

Complaint: Blacks are the only ones getting killed by police, or they are killed more.

Fact: As of July 2016, the breakdown of the number of US Citizens killed by Police this year is, 238 White people killed, 123 Black people killed, 79 Hispanics, 69 other/or unknown race.

Fact: Black people kill more other blacks than Police do, and there are only protest and outrage when a cop kills a black man. University of Toledo criminologist Dr. Richard R. Johnson examined the latest crime data from the FBI’s Supplementary Homicide Reports and Centers for Disease Control and found that an average of 4,472 black men were killed by other black men annually between Jan. 1, 2009, and Dec. 31, 2012. Professor Johnson’s research further concluded that 112 black men died from both justified and unjustified police-involved killings annually during this same period.

Complaint: Well we already doing a good job of killing ourselves, we don’t need the Police to do it. Besides they should know better.

After all his research and confronting the community with the facts, Officer Stalien came to this sobering reality, “Black Lives do not matter to most black people. Only the lives that make the national news matter to them. Only the lives that are taken at the hands of cops or white people, matter. The other thousands of lives lost, the other black souls that I along with every cop, have seen taken at the hands of other blacks, do not matter.”

He then added, “Their deaths are unnoticed, accepted as the “norm”, and swept underneath the rug by the very people who claim and post “black lives matter”. I realized that this country is full of ignorance, where an educated individual will watch the ratings-driven news media, and watch a couple YouTube video clips, and then come to the conclusion that they have all the knowledge they need to have in order to know what it feels like to have a bullet proof vest as part of your office equipment, “Stay Alive” as part of your daily to do list, and having insurance for your health insurance because of the high rate of death in your profession. They watch a couple videos and then they magically know in 2 minutes 35 seconds, how you are supposed to handle a violent encounter, which took you 6 months of Academy training, 2 – 3 months of field training, and countless years of blood, sweat, tears and broken bones experiencing violent encounters and fine tuning your execution of the Use of Force Continuum. I realized that there are even cops, COPS, duly sworn law enforcement officers, who are supposed to be decent investigators, who will publicly go on the media and call other white cops racist and KKK, based on a video clip that they watched thousands of miles away, which was filmed after the fact, based on a case where the details aren’t even known yet and the investigation hasn’t even begun. I realized that most in the African American community refuse to look at solving the bigger problem that I see and deal with every day, which is black on black crime taking hundreds of innocent black lives each year, and instead focus on the 9 questionable deaths of black men, where some were in the act of committing crimes. I realized that they value the life of a Sex Offender and Convicted Felon, [who was in the act of committing multiple felonies: felon in possession of a firearm-FELONY, brandishing and threatening a homeless man with a gun-Aggravated Assault in Florida: FELONY, who resisted officers who first tried to taze him, and WAS NOT RESTRAINED, who can be clearly seen in one of the videos raising his right shoulder, then shooting it down towards the right side of his body exactly where the firearm was located and recovered] more than the lives of the innocent cops who were assassinated in Dallas protecting the very people that hated them the most. I realized that they refuse to believe that most cops acknowledge that there are Bad cops who should have never been given a badge & gun, who are chicken shit and will shoot a cockroach if it crawls at them too fast, who never worked in the hood and may be intimidated. That most cops dread the thought of having to shoot someone, and never see the turmoil and mental anguish that a cop goes through after having to kill someone to save his own life. Instead they believe that we are all blood thirsty killers, because the media says so, even though the numbers prove otherwise. I realize that they truly feel as if the death of cops will help people realize the false narrative that Black Lives Matter, when all it will do is take their movement two steps backwards and label them domestic terrorist. I realized that some of these people, who say Black Lives Matter, are full of hate and racism. Hate for cops, because of the false narrative that more black people are targeted and killed. Racism against white people, for a tragedy that began 100’s of years ago, when most of the white people today weren’t even born yet. I realized that some in the African American community’s idea of “Justice” is the prosecution of ANY and EVERY cop or white man that kills or is believed to have killed a black man, no matter what the circumstances are. I realized the African American community refuses to look within to solve its major issues, and instead makes excuses and looks outside for solutions. I realized that a lot of people in the African American community lead with hate, instead of love. Division instead of Unity. Turmoil and rioting, instead of Peace. I realized that they have become the very entity that they claim they are fighting against.”

“I realized that the very reasons I became a cop, are the very reasons my own people hate me, and now in this toxic hateful racially charged political climate, I am now more likely to die,… and it is still hard for me to understand…. to this day.”