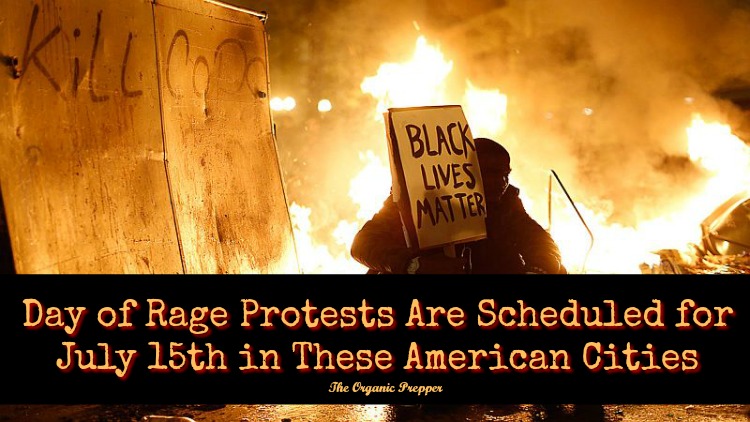 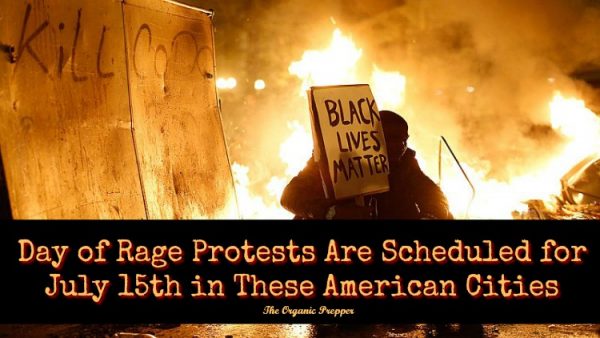 There’s a war in America right now.  Black vs. white. Citizen vs. police officer. Race grievances have become an industry, and business is booming.

The rage is boiling over across the nation. First, videos emerged that showed the graphic deaths of two black men at the hands of police, with what appears (at least on the videos) to be no reason.  Protests erupted over these deaths, and then they became violent as one man shot 11 police officers and 2 citizens at a rally in Dallas, Texas, killing 5. That sparked a war on law enforcement officers and a nationwide spree of violence against cops. Some people are even more extreme, declaring open season on white people in general.

But it’s about to get even worse.

Updated: The hacktivist group claiming to be Anonymous is now calling for nationwide Day of Rage protests on Friday, July 15th. This video is NOT on the official Anonymous YouTube channel. The video below promotes the protests.(WARNING: There is some disturbing and graphic violence in this video.)

Day of Rage Protests Across America

While I firmly believe that we are being distracted and manipulated so that we stop paying attention to the machinations and corruption of presidential hopeful Hillary Clinton, the fact remains that being anywhere near these protests greatly increases the chance that you could become a victim of violence. When the mob mentality takes over, normally decent people can commit heinous acts.

Use this as a list of places NOT to be on Friday the 15th.  While the video does specify non-violence and denounces the actions taken against police officers that were not involved in these deaths, with the tagline “Day of Rage” I think it’s safe to expect emotions to be running very high on both sides of the line. No matter how great your empathy might be for those who have unjustly lost their lives, these protests are not safe places to be.

These are the locations and times for the protests:

I strongly feel it won’t end with people marching and chanting.

From yet another source, there are absolutely protests coming up.  And they’re going to be big.

Jacksonville’s Black Lives Matter protesters and Pastor R.L. Gundy plan to take to the streets this Friday for a demonstration they say will be larger than last weekend’s.

The safest crowd is one that you’re not in. All of these places have the strong potential to become battle zones. Stay home.

And if your home happens to be in or near one of these areas, be aware that your city could be under siege. Make plans to stay safe and hunker down withemergency food and purified water, or to go someplace safer.

Click here for a quick-start guide to getting prepped as soon as possible.

PS: While comments and discussion are always welcome, please remain civil in the comments section. We have enough hate going on in the world without using deliberately inflammatory language. Please behave as a guest on my site when commenting and respect my wishes for civility. Thanks