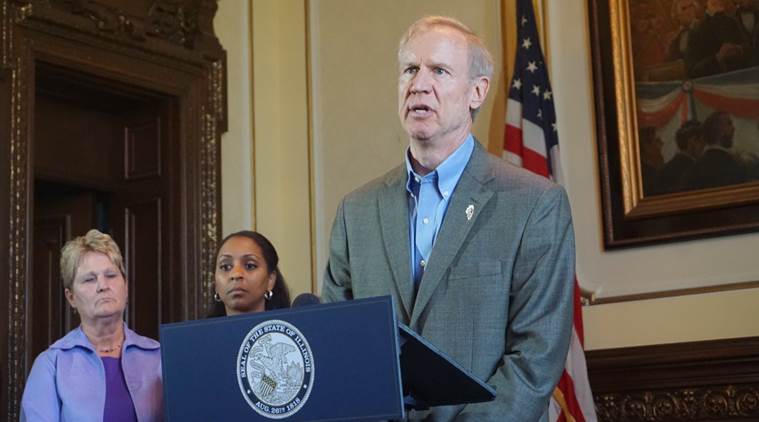 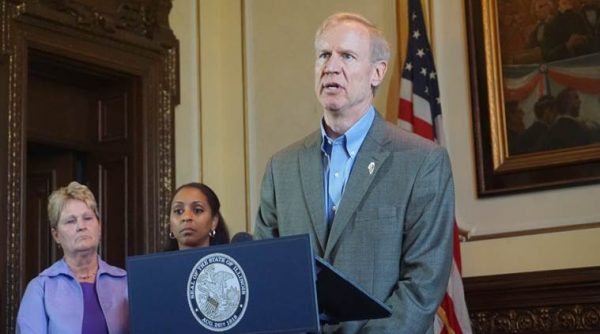 This is a violation of the Establishment Clause. Freedom-loving Illinois residents should file a class action suit as soon as this passes.

This is how far and how deep Islamic supremacists and their running dogs on the left have infiltrated the senior levels of state and federal government.

After the bloodiest Ramadan month on record ………

There are no councils to represent the interests of other faiths in Illinois, and the likely leaders of this council are from the same band urging the Federal government towards censorship of criticism.

At the end of an especially bloody month of Ramadan, which included the worst terror attack in America since 9/11, some politicians and lawmakers feel the solution is to give Muslim community more of a voice in government.  The state government of Illinois currently has legislation pending the approval of Governor Bruce Rauner that would give Illinois a permanent 21 member Muslim-American Advisory Council.  The Chicago Tribune describes the uniqueness of the measure by saying, “…Illinois could become the first state with a law on the books that gives Muslims a formal voice in government.” The council would have the following structure:

The 21-member council, whose volunteer members would be appointed by the governor as well as leaders in the House and Senate, would advise the governor and General Assembly on issues affecting Muslim Americans and immigrants, including relations between Illinois and Muslim-majority countries. Through monthly meetings and two public hearings per year, members also would serve as liaisons between state agencies and communities across Illinois.

The act specifies that members would serve two-year terms and should bring expertise in a variety of areas including higher education, business, international trade, law, immigration and health care. Staff from certain state agencies would serve as ex-officio members.

This special status for a religious group is surprising in a country that bars an official state religion.  In the legislation it states, “Muslims are the third largest religious group in the State of Illinois after Roman Catholics and independent Evangelical Christians.”  Yet there are no special advisory councils for those other religious groups.

It would be plausible for there to be.  Christians in the U.S. are often targeted by hostile activist groups like the Human Rights Campaign, which seeks to infringe upon their religious liberties.  Indeed, Christians are one of the most persecuted groups worldwide.  Open Doors estimates that each month 322 Christians are murdered for their faith, 214 churches and properties are ruined, and 772 types of violence occur against Christians.  Why wouldn’t Illinois require a Christian council?

Or how about a Jewish council? According to the FBI, 56.8 percent of anti-religious hate crimes were motivated by an anti-Jewish bias (2014).  Muslim Americans simply are not the biggest victims of religious hate. It sounds more like Illinois lawmakers bought into the ‘Islamophobia’ narrative.

“We need to encourage our Muslim Americans to be civically engaged and participate,” Collins said. “If you don’t participate, the fringe elements establish the policy.”

Unfortunately, this ignores the reality that some of the largest and most vocal Muslim activist organizations in America are Muslim Brotherhood affiliated groups.  The Muslim council would formalize the role of these Islamist groups in Illinois’ government affairs.  For example, the Chicago Tribune reveals one such advocate for the legislation, Kareem Irfan, “a Chicago lawyer who led an earlier iteration of the council under Gov. Pat Quinn.” Irfan has also served on the national board of the Muslim Brotherhood affiliated Islamic Society of North America (ISNA) and has been involved in a number of other Muslim organizations such as when he served as chairman for the Council of Islamic Organizations of Greater Chicago.  We have already seen how the Brotherhood-linked Council on American Islamic Relations (CAIR) Chicago branch issued a call-to-action for its constituents to support the bill. Back in 2011, these group’s representatives (CAIR and ISNA) successfully infiltrated the temporary Muslim-American Advisory Council through the appointment of former Illinois Governor Pat Quinn.

We have also seen how Islamist organizations and their sympathizers have hindered federal officials from countering the threat of radical Islam by pressuring federal agencies to purge information from training manuals that could be deemed “offensive” by Muslims. That was the case when Muslim Advocates’ Farhana Y. Khera wrote a letter to the FBI, shortly after the anniversary of 9/11 in 2011, demanding they alter what he described as “grossly inaccurate, inflammatory, and highly offensive” counter-terror training materials.

Another example is in the June 2016 U.S. Department of Homeland Security report by a Countering Violent Extremism (CVE) Subcommittee, that recommends changing the department’s “lexicon” to mask the role of Islam.  “Reject religiously-charged terminology and problematic positioning by using plain meaning American English,” they advised.  Just advice to speak plainly?   No, they were more specific, suggesting “…using American English instead of religious, legal and cultural terms like ‘jihad,’ ‘sharia,’ ‘takfir’ or ‘umma.’”  The core concept is to make it harder for Federal agents to think about the role of radical Islamic ideology in terror, by making it forbidden for them to speak of it.

Just as CAIR and other Brotherhood-linked activist groups weaken the functioning of our government, so too would the Muslim-American Advisory Council in Illinois.  It is more important than ever to pass legislation designating the Muslim Brotherhood as a terrorist organization.  Sign the petition in support of the Muslim Brotherhood Terrorist Designation Act of 2015 to urge Congress to act.  Likewise, it’s time for Governor Rauner to take a stand for the people of Illinois and veto this bill.