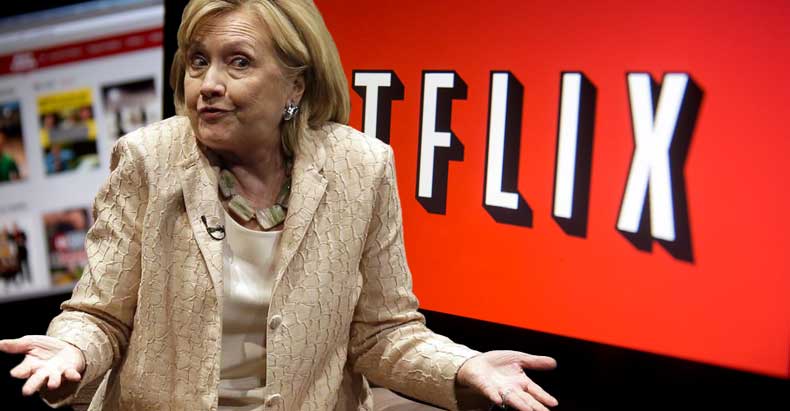 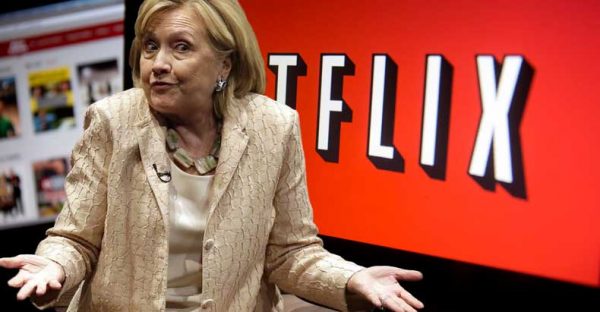 Hillary Clinton won’t be prosecuted for computer crimes despite dozens of documented violations of federal law. Common citizens who share passwords to social media or online streaming services, however, face the prospect of federal prosecution and imprisonment as felons. On the same day that FBI Director James Comey thoughtfully rewrote federal law to escape indictment, the US Ninth Circuit Court of Appeals effectively re-wrote federal law to make private password-sharing a felony.

As Secretary of State, Mrs. Clinton illegally rerouted official correspondence through a non-secure personal computer server, thereby exposing sensitive and classified material to foreign espionage agents. In announcing the decision not to recommend an indictment against Mrs. Clinton, FBI Director James Comey claimed that there was no evidence of “criminal intent” on her part. However, the applicable statute doesn’t require proof of criminal intent, but only of “gross negligence.”

Upon resigning as Secretary of State, Mrs. Clinton signed a sworn statement asserting that she had turned over all of her work-related official emails to the State Department, as required by law. On many occasions she claimed that the only emails she deleted were “personal” in nature. That statement is a documentable lie.

Comey admitted in congressional testimony that investigators had “discovered several thousand work-related emails that were not in the group of 30,000” turned over by Clinton. Comey also said that it was “likely that there are other work-related emails that [she] did not produce to State and that we did not find elsewhere, and that are now gone because they deleted all emails they did not return to State, and the lawyers cleaned their devices in such a way as to preclude complete forensic recovery.”

For anyone not belonging to the privileged class, the acts of data destruction described by Comey would be prosecuted as criminal obstruction. What was Hillary trying to conceal from investigators?

After examining the timeline produced by Comey, author Peter Schweitzer theorizes that at least some of the now-deleted emails related to State Department approval of the acquisition of Uranium One, a Canadian mining company, by Rosatom, the Russian Nuclear Agency. The Canadian company, which stood to profit from the deal, is a major donor to the Clinton Foundation. State Department approval of the Russian buy-out was necessary because Uranium One has extensive holdings in the United States, and uranium is classified as a strategic mineral.

The Uranium One sale was a matter of monumental strategic importance, yet there is virtually no mention of it in the official emails returned by Clinton to the State Department. Schweitzer wryly points out that “there are more mentions of LeBron James, yoga and NBC’s Saturday Night Live than the Russian Nuclear Agency in Clinton’s emails deemed `official.’”

It should be remembered that both Bill and Hillary Clinton are talented semanticists. This suggests the possibility that Rosatom’s acquisition of Uranium One – which benefited a key Clinton Foundation donor – was regarded as a “personal” matter by Mrs. Clinton.

Numerous commentators have pointed out that many federal employees, including active-duty military personnel, have been prosecuted and punished for conduct indistinguishable from that of Mrs. Clinton. If she succeeds in becoming president, Mrs. Clinton will be the beneficiary of a legal standard of conduct far inferior to that required of those who would serve under her. Her Justice Department might also find itself busy prosecuting and imprisoning citizens for felonies arising from actions that, unlike her own, had no impact on national security.

David Nosal, who used a colleague’s passwords to access a database owned by the Korn/Ferry corporate executive search firm, was sentenced in January 2014 to a year and a day in federal prison for violating the federal Computer Fraud and Abuse Act (CFAA) and the Economic Espionage Act.

In 2005, Nosal – a former employee of Korn/Ferry who was still a paid contractor for the company – used a former colleague’s password to access the company’s Searcher database, which contained proprietary information. His intent was to start a competing search firm, which means that his actions violated a non-competition clause of his contract with Korn/Ferry. Interestingly, his behavior – misusing protected information for his own benefit – was very similar to that of Hillary Clinton as Secretary of State, if Schweitzer’s suspicions are correct.

This was certainly a civil offense in which Nosal could have been held liable for defrauding a former employer. It was arguably a criminal offense as well, which could have been prosecuted on much narrower grounds within the specific jurisdiction in which it occurred. Federal prosecutors, always eager to expand their brief, insisted on characterizing his actions as “hacking” under the terms of the CFAA. In an earlier ruling, the Ninth Circuit rebuffed that theory of the law, noting that it would transmute that statute into a “sweeping Internet-policing mandate” thereby putting countless citizens “at the mercy of the local prosecutor.”

That view of the law was effectively reversed by the July 5th ruling, thereby “jeopardizing most password sharing,” pointed out Judge Stephen Reinhardt in his dissent. In its previous ruling, the court “recognized that the government’s theory made all violations of use restrictions criminal under the CFAA. Whether the violation was innocuous, like checking your personal email at work, or more objectionable, like that at issue here.”

Recall that James Comey’s treatment of the Espionage Act narrowed the scope of that statute – without legislative authority – to apply only where proof of criminal intent existed. This was done to protect a specific, privileged person – would-be president Hillary Clinton – from prosecution. The Ninth Circuit Court of Appeals broadened the scope of CFAA in a way that will imperil literally millions of citizens who act without criminal intent, observes Reinhardt:

Under the newly expanded definition of the CFAA, Americans who share personal passwords for online video streaming services – such as Netflix, Amazon Prime, or HBO Go – face potential prosecution as felons. Motherboard.com describes the ruling as “a nightmare scenario for civil liberties groups, who say that such a broad interpretation of the CFAA means that millions of Americans are unwittingly violating federal laws” by sharing passwords for online streaming services with friends and family members.

That “nightmare” for common citizens was initiated on the same day that ended with Hillary Clinton enjoying the untroubled sleep of someone who enjoys utter impunity.