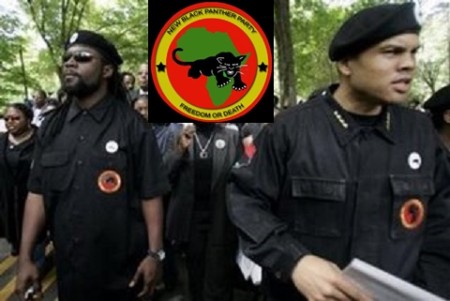 Leader Of Black Militia Group With Ties To Dallas Cop Killer Threatens ‘All Out War’ By Daily Caller, July 12, 2016:

The leader of a black liberation group with ties to Dallas cop killer Micah X. Johnson issued a veiled threat of “all out war” following his arrest on Sunday during a protest in Baton Rouge, Louisiana.

Babu Omowale, the co-founder of the Huey P. Newton Gun Club and national minister of defense of the People’s New Black Panther Party, posted his thoughts on Facebook following his arrest at a rally in Baton Rouge over the police shooting of Alton Sterling there last week.

“I’m out of jail and back on the ground with the people I’m not leaving shit we in this bitch,” wrote Omowale, who said that Baton Rouge police charged him and other members of his paramilitary group for blocking traffic.