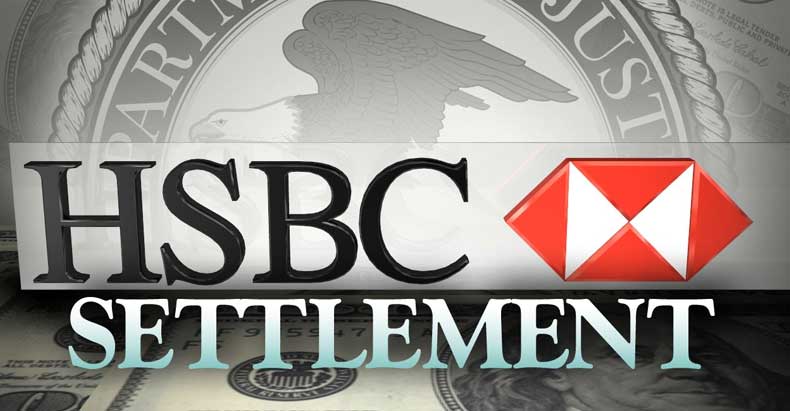 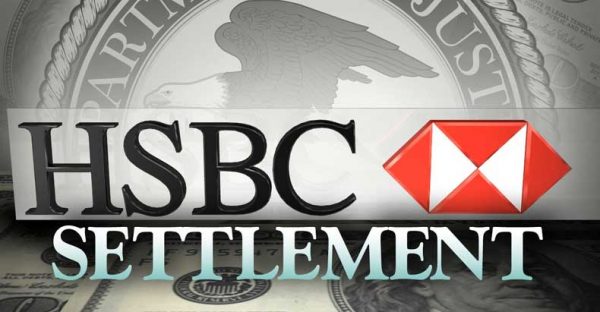 As it turns out, the rumors were true — HSBC escaped prosecution for money laundering because the behemoth bank was “too big to jail.”

Among a multitude of other findings, according to the report’s Executive Summary [all emphasis has been added]:

“Senior DOJ leadership, including Attorney General [Eric] Holder, overruled an internal recommendation by DOJ’s Asset Forfeiture and Money Laundering Section to prosecute HSBC because of DOJ leadership’s concern that prosecuting the bank would have serious adverse consequences on the financial system […]

Chaired by U.S. Rep. Jeb Hensarling, the Committee on Financial Services initiated a study in March 2013 concerning the Department of Justice’s incongruent decision not to prosecute the London-based bank, nor its executives or employees, for laundering drug cartel money.

From the beginning, the Committee encountered “non-compliance” in efforts to obtain “relevant documents” from both the DOJ and Dept. of the Treasury, “necessitating the issuance of subpoenas to both agencies.” In fact, it took the Committee three full years from its initial request for information to ultimately procure the necessary items for review, and records from the Treasury show the DOJ “has not been forthright with Congress or the American people concerning its decision” not to prosecute the Big Bank.

As the summary noted further:

“Attorney General [Loretta] Lynch and Secretary [of the Treasury Jack] Lew remain in default of their legal obligation to produce the subpoenaed records to the Committee,” and, in fact,

“DOJ’s and Treasury’s longstanding efforts to impede the Committee’s investigation may constitute contempt and obstruction of Congress.”

Due to the palpable threat of “global financial disaster” should the U.S. proceed with indicting HSBC or complicit employees — an advisement reiterated by the U.K.’s chief financial minister, Chancellor of the Exchequer, George Osborne to then-Chairman of the Federal Reserve Ben Bernanke — the DOJ chose not to proceed with charges, obfuscating the truth of its motivations to all but insiders.

Though HSBC settled for $1.92 billion, no criminal charges were ever filed against the entity or any of its employees.

A letter from Osborne to Bernanke in which then-Treasury Secretary Timothy Geithner was copied warned prosecuting a “systemically important financial institution” like HSBC “could lead to [financial] contagion” and pose “very serious implications for financial and economic stability, particularly in Europe and Asia.”

Holder rejected recommendations from less senior staff to charge HSBC because of its “systemic importance” to global financial markets. The report continues:

“Rather than lacking adequate evidence to prove HSBC’s criminal conduct, internal Treasury documents show that DOJ leadership declined to pursue AFMLS’s recommendation to prosecute HSBC because senior DOJ leaders were concerned that prosecuting the bank ‘could result in a global financial disaster’ — as the FSA repeatedly warned.”

With both politicians and the public critical of the settlement in lieu of prosecution, rumblings at the time posited HSBC might indeed be ‘too big to jail’ — rumors the Committee proved true.

As Zero Hedge pointed out, in Holder’s testimony over the matter before Congress in 2013, the AG claimed certain financial institutions would be difficult to prosecute due their bloated influence over global financial markets. In later attempts at clarification, which the Committee found to be misleading, Holder told Congress:

“If we find a bank or a financial institution that has done something wrong, if we can prove it beyond a reasonable doubt, those cases will be brought.”

That statement proved mendacious, as well, considering Treasury documents recommended criminal prosecution — and even the settlement, with its “deferred prosecution agreement,” found evidence of criminal wrongdoing by HSBC.

HSBC understaffed and handicapped required ‘anti-money laundering’ controls, allowing the bank to launder $881 million for the Mexican Sinaloa and Colombian Norte del Valle drug cartels — as well as violating U.S. sanctions against Iran, Libya, Burma, Sudan, and Cuba — according to the DOJ’s settlement with the too-big-to-jail bank.

As the BBC reported, both HSBC and U.S. regulatory officials declined comment on the report.

Damning though the Committee’s findings may be, prosecution remains unlikely for the same reasons it escaped prosecution in the first place. Essentially, the report proved — despite criminal wrongdoing as insidious as supporting major drug cartels and catering to states considered enemies of the United States — certain Big Banks are literally Too Big to Jail.