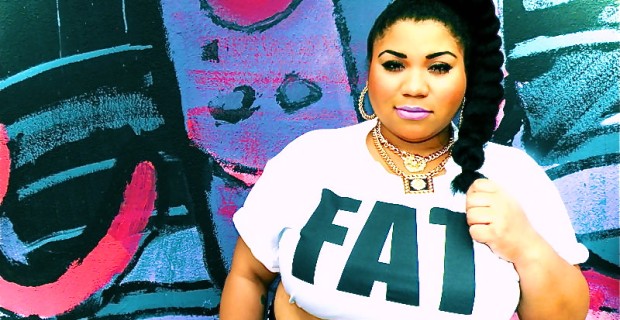 “Be ready to write checks and give up your car keys”

According to ‘Black Lives Matter’ organizer Ashleigh Shackelford, white people aren’t welcome at Black Lives Matter rallies and instead should just hand over “reparations” to black people so that they can purchase new cellphones and laptops.

In an article for ‘Wear Your Voice’, an “intersectional feminist media” outlet, Shackelford says that she finds the presence of white people at Black Lives Matter rallies “triggering,” and that black people are “frightened” by whites, adding that their roles should be confined to acting as human “buffers against the police”.

“Why are you going to a protest when you’re the oppressor?” asks Shackelford, adding, “WHITE PEOPLE ARE KILLING US. So when I see white people show up to rally excited and smiling, ready to march like it’s a hobby — I’m disgusted and absolutely fucking livid….I’m ready to fight.”

Decrying the fact that white people are promoting a message of love and unity in the spirit of Martin Luther King, Shackelford complains that, “White people are 400 years too fucking late for a round of applause for a damn tweet with a hashtag, or for showing up to a damn rally.”

She then pushes the demented dogma that white people living today owe blacks “reparations” for slavery (only 1.4 percent of white Americans owned black slaves at the height of slavery).

“Y’all spent hundreds of years selling, mutilating, raping and beating our bodies and labor but you think money doesn’t matter to our freedom and liberation? Cute. Write me a check for this shade because it comes with 400 years of trauma,” she adds.

Shackelford wants white people to give blacks money so that they can buy cellphones, laptops and land, asserting, “Be ready to write checks and give up your car keys.”

She then includes a link to her personal Paypal account at the end of the article asking people to send money to support her “emotional and intellectual labor.”

“Whiteness operates in a way that means that using your privilege “for good” often requires Black folks to still be a position to be “saved” or “in need.” We don’t need white saviorism. We don’t need white people to speak for us. We don’t even really need white people to show up to rallies. We need our reparations, we need intentional disruption that involves high risk and we need y’all to stop playing,” concludes Shackelford, while also straying into extremist rhetoric by asking whites, “Are you willing to kill for us?”

Shackelford describes herself as a “queer, nonbinary Black fat femme writer, artist, and cultural producer,” because of course she does.

In some of her other articles, she chastises black men for dating white women, whines about the “backlash” she gets for being “fat and visible” and complains about the “body positivity” movement being too “white”.

In an article entitled Fuck You, Pay Me: Reparations for Fat Black Bitches and Everything We Provide, Shackelford demands that she should be paid money for being a ‘fat black bitch’.

“FUCK YOU. PAY ME. Pay me a check, pay me consistently, provide me safe housing, offer me a job with benefits, run me those Beyonce tickets, finance my clothes and wigs and aesthetics, cultivate accessibility to spaces and provide seats that fit me, see and validate my humanity,” she demands.

Shackleford’s role as a ‘Black Lives Matter’ organizer comes as no surprise whatsoever given how divisive the group has become, even to the point of pushing segregation by banning white people from BLM events and rallies.

Instead of promoting a message of unity and understanding, BLM is appealing to extremist, fringe elements of the far-left and has been completely taken over by social justice warriors like Shackleford, whose absurd and irrational drivel will thankfully ensure the entire movement’s eventual disappearance into obscurity.