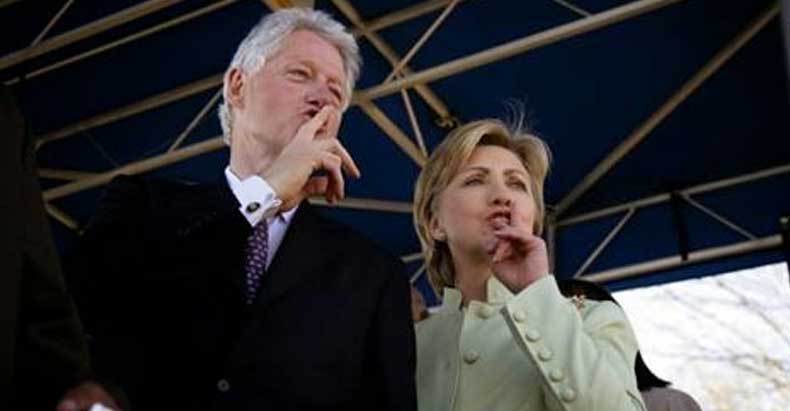 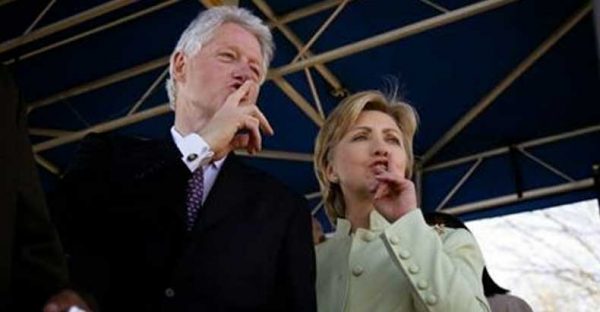 FBI agents involved in the probe of former Secretary of State Hillary Clinton’s emails were required to sign unusually-extensive nondisclosure agreements — forcing them into silence unless they’re called to testify in the matter. FBI insiders surmised there may have been an ‘inside deal.’

“This is very, very unusual,” said an unnamed, retired FBI chief, cited by the New York Post. “I’ve never signed one, never circulated one to others.”

According to the Post’s anonymous ‘sources,’ these “Case Briefing Acknowledgement” forms went beyond the nondisclosure agreements agents initially sign in order to gain security clearance.

“I have never heard of such a form,” an FBI agent currently on the job told the Post. “Sounds strange.”

But suspicions didn’t stop there.

“FBI agents believe there was an inside deal put in place after the Loretta Lynch/Bill Clinton tarmac meeting,” said another unnamed, unverified source

That meeting between the Attorney General and former President took place at Phoenix’s Sky Harbor International Airport on board a private plane parked on the tarmac. Though both Bill and Hillary Clinton scoffed at the immediate controversy over the meeting — downplaying rendezvous as nothing more than a cordial get-together — grumblings over a virtually undeniable conflict of interest have persisted.

A gas bomb further ignited flames of contention, when just days after the meeting, Department of Justice officials announced a not-at-all suspicious 27-month delay in the release of another batch of emails from Hillary’s private server.

That dubious postponement conveniently pushed the release date to October 2018 — nearly halfway through a theoretical Clinton first term in the White House.

Further, a nation already highly suspicious of Hillary’s foxlike ability to continue her bid for the presidency while under federal investigation for several areas of possible criminal activity hardened into cynicism when FBI Director James Comey announced the agency wouldn’t recommend charges.

In that statement, Comey — intentionally or not — ran through a laundry list of actual crimes Clinton committed, essentially rewriting federal law based on ‘intent’ in order to grant her de facto immunity from prosecution.

Centered around Section 793 of the U.S. legal code, the FBI ostensibly investigated whether or not classified information had been transmitted over the unclassified, non-secure personal server in place in the Clinton private residence.

Though Comey admitted during the announcement that even top secret information had been exchanged in this way, his argument against prosecution centered on what the FBI surmised as carelessness, instead of criminal intent — despite the law’s disregard for motivation dictating criminality.

“But Comey’s assertion, that a lack of intent creates a situation that doesn’t rise to criminal behavior, is patently false, as the statute itself criminalizes gross negligence,” The Free Thought Project’s Jay Syrmopoulos previously reported. “In essence, the FBI rewrote the law specifically for this case — deviating substantially from the intent of the law passed by Congress.”

Further still, Comey’s detailed explanation included no less than three instances directly contradicting Clinton’s sworn testimony before Congress during the inquiry on Benghazi — meaning, the mendacious former secretary of state committed perjury. Though legal repercussions of perjuring oneself before Congress might be debatable, a top presidential candidate’s veritable inability to keep multiple outright lies hidden from the public should effectively disqualify her from office.

During a Congressional inquiry of Comey, another controversial revelation came to light: Clinton had not been under oath during FBI questioning — and, worse, no transcript or other recording was made.

Furor over Comey’s choice not to recommend the DOJ charge Clinton didn’t stop with politicians outside the investigation, however, as the Post reported another unnamed source inside the Justice Department was “furious” with the decision, saying the FBI director “managed to piss off the right and left.”

If the apparently unprecedented nondisclosure forms the Post’s anonymous sources described were indeed signed by agents involved in the investigation, doubts should rightly be raised on both the accuracy of that probe as well as its conclusions.

Were the investigation legitimately attempting to discern whether or not Hillary Clinton committed a crime by transmitting top secret and other classified information over non-secure avenues, it would seem incongruent to force agents into unusual secrecy.