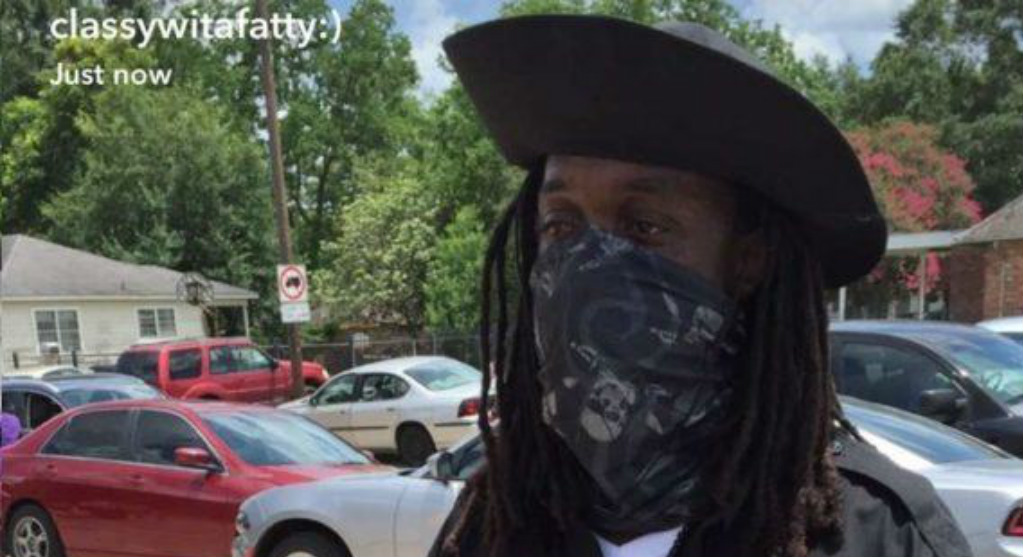 The self-professed national minister of defense for the People’s New Black Panther Party has declared that they, along with other organizations have set a goal of setting up “our own government in a nation within a nation.”

Babu Omowale appeared in an interview with reporter Aaron Klein

and said that a new “Black Nation” would be composed of five states: Louisiana, Mississippi, South Carolina, Alabama and Georgia.

“We just need to start migrating back to those states and taking control of the economics in those states,” he said. “If black people move in, most definitely white people will move out. So it’s not a hard process for us to have our own country within a country.”

Omowale is the co-founder of the Huey P. Newton Gun Club, which states on their website that they seek to “develop over time to a regimented Black Army.”

“Our mission is to educate the masses of black people on the necessity of self,” states the website. “That includes self-preservation, self-defense, and self-sufficiency through militant culture.”

“We want freedom. We want the power to practice self-determination, and to determine the destiny of our community and THE BLACK NATION.”

Aaron Klein wrote regarding his interview with Babu Omowale:

Asked by this reporter what his group’s endgame is, Omowale replied:

We just need to start migrating back to those states and taking control of the economics in those states. If black people move in, most definitely white people will move out. So it’s not a hard process for us to have our own country within a country.

For now, however, Omowale says the goals are more short-term:

We want to control the politics in our community. If a politician is not bringing anything to the table for the betterment of that community, we are not going to vote for these particular people. And we most definitely want to control the education. What our people are learning in what we call the public fool system, not school system, where they are teaching and misrepresenting the true history of the black man here in the United States.

So, I’m wondering, if a white person did this and used this type of language about starting a new “White Nation,” how would that come across to the media and minorities? Do you think it would come off as racist, bigoted and hateful?

I believe that all men, regardless of ethnicity, have the right to “self-preservation, self-defense, and self-sufficiency.” I think that a culture that also trains men to be men in order to defend such rights is a good one. However, the problem comes when it is based on the color of one’s skin and not the content of their character. If you don’t believe me, take a look at South Africa and see what the race wars have done there.