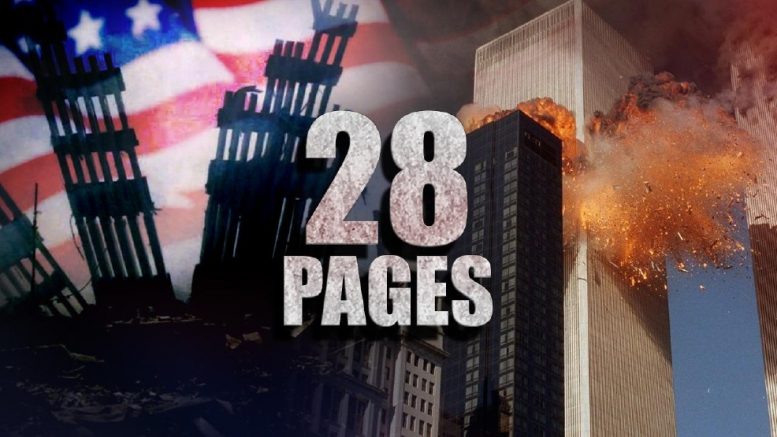 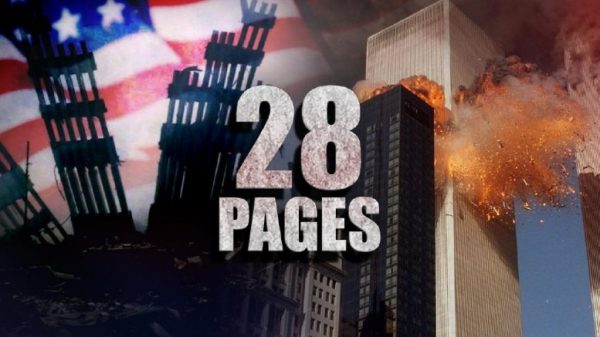 New reports claim that the classified 28 pages of the Senate Report on 9/11 will be released by Congress on Friday.

After nearly 15 years of waiting, the family members of the victims of the 9/11 terror attacks may finally learn new details about what exactly happened on the dark day, including what role the Saudi Arabian government played. Two new reports from CNN, and The Hill state that the classified 28 pages of the larger Senate report on 9/11 will be released to the public as early as Friday. Activist Post confirmed the report with the office of Rep. Adam Schiff, a member of the House Intelligence Committee.

“Sources said there are still some procedural steps that need to be taken before the release, which members of both parties in Congress and family members of victims have been seeking for years,” CNN reported on Thursday. The classified 28-pages are part of the Joint Inquiry into Intelligence Community Activities Before and After the Terrorist Attacks of September 11, 2001 (not the 9/11 Commission Report).

Although the final report amounts to over 800 pages, the 28 pages were classified by former President George W. Bush shortly after the report was released in 2002. The 28 pages make up the bulk of a section titled “Part 4: Finding, Discussion and Narrative Regarding Certain Sensitive National Security Matters.” Former Senator Bob Graham, a previous chair for the House Intelligence Committee who has been extensively involved in the fight to release the pages, told CNN that he was “very pleased” by the announcement.

“It is going to increase the questioning of the Saudis’ role supporting the hijackers,” Graham told CNN. “I think of this almost as the 28 pages are sort of the cork in the wine bottle. And once it’s out, hopefully the rest of the wine itself will start to pour out.”

Officials who have seen the documents have stated that the information relates to financing of the suspected terrorists, and points a finger at members of the government of Saudi Arabia. Upon seeing the pages himself, Kentucky Republican Congressman Thomas Massie said there will be “anger, frustration, and embarrassment when these 28 pages finally come out.”

Representative Adam Schiff told CNN that the report will be posted online very soon. “The House Intelligence Committee will get the redacted report today or tomorrow,” Schiff said. The California Democrat said “law enforcement and the State Department” have approved the release of the pages with “minimal redactions”. Additionally, Schiff told The Hill that the report is “a set of allegations that warrant investigation,” not “a set of conclusions.”

There has been an increasing amount of pressure on the House and Senate to declassify the 28 pages, including a resolution which urged President Obama to release these documents to the public. House Resolution 14 has seen a surge in support following a 60 Minutes report on the 28 pages and an increase in cosponsors, but ultimately has not been successful in convincing Obama to release the pages. Despite promising the family members of the 9/11 victims that he would release the pages if elected, Obama has done nothing to publicly support the families efforts for the truth.

The Intelligence Committee’s decision to release the pages could be a direct response to another resolution introduced on July 6 by Congressman Walter Jones with cosponsors Stephen Lynch and Thomas Massie. In an attempt to release the pages without presidential involvement, House Resolution 779 directs the chair and ranking member of the House Intelligence Committee to declassify the 28 pages by publishing them in the Congressional Record under the protection of the Constitution’s Speech or Debate Clause.

HR 779 seek to enforce “the Constitution’s separation of powers and the congressional prerogative of disclosure under the speech or debate clause” by ordering the Chairman of the Permanent Select Committee on Intelligence of the House of Representatives to publish the pages in the Congressional Record. Based on the latest reports, it seems that the House Intelligence Committee is voluntarily releasing the pages.

What exactly is in the pages? Well, the majority of officials who have seen the pages state that Saudi Arabia is a central topic. Reportedly the pages detail early investigations into 9/11, including questions related to Saudi Arabia which were ultimately found to be irrelevant to law enforcement.

In a recent phone conversation with Truth In Media’s Joshua Cook, former Democratic Senator Bob Graham, reiterated that the information in the 28 pages shows who financed the 9/11 hijackers, and it points to the Saudi government. In 2015, Graham told Cook that “the U.S. government doesn’t want the public to know that the Saudis financed the 9/11 attacks because we provide the Saudis with billions in military aid.”

While there are clear ties to Saudi Arabia, many in the 9/11 Truth movement are cautious of the 28 pages, with some calling the whole fiasco a psychological operation being conducted on the American people. What is the purpose of the PsyOp? The idea would be that “the powers that wish they were” allow a controlled release of the low hanging fruit (28 pages) and focus attention on Saudi Arabia rather than possible connections to the U.S. government, Pakistan, or Israel.

This allows the public (and some 9/11 researchers) to feel like there has been a victory and now we can all go back to normal life. Also, this keeps the conversation on the 28 pages and not on the other anomalies which occurred on September 11, 2001. There is also the fact that it has been public record for many years that the majority of the alleged hijackers had ties to Saudi Arabia.

The fact that these pages are going to be released at all should be celebrated, but it should not cause the 9/11 Truth Movement to rest for a single moment. With the 15th anniversary approaching in less than 2 months this a grand opportunity to have conversations about the many, many questions surrounding the attacks. After all, even if the Saudis were involved, it does not explain how the buildings could fall at near free-fall speed or how or why World Trade Center 7 fell despite not being hit by a plane.