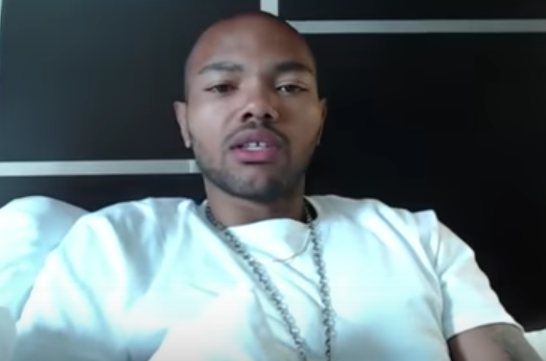 “A Grandview High School classmate tells KCTV5 that Long converted to Islam three years ago. He said Long was quiet and nice.” After the USMC.

Why am I not surprised?

American terror-tied groups like Hamas-CAIR support and agitate for the Black Lives Matter movement. A Black Lives Matter activist distributed flyers on “proper riot gear” in both English and Arabic (but not Spanish, French, Russian, etc).

It’s ironic, of course, because  blacks (abeed in Arabic, meaning slave) are held as slaves in Muslim countries (i.e. 20% of the population of Mauritania are blacks enslaved by Muslims.)

A man believed to have taken part in the shooting that killed at least three police officers from Baton Rouge, LA was from the metro area.

On Sunday evening, police taped off a scene believed to be Long’s most recent home in the 1100 block of East 77th Terrace.

Police surrounding the home and say there is a person inside with a gun. They are treating the area as if there is an imminent threat to surrounding residents and businesses.

Long was a former Marine, according to CBS News. He graduated from Grandview High School in 2005. The University of Alabama confirms Long attended the university for a semester in 2012 and made the Dean’s List. The university says UAPD did not have any interaction with him as a student.

A Grandview High School classmate tells KCTV5 that Long converted to Islam three years ago. He said Long was quiet and nice.

Carl Bellew, a former neighbor, told KCTV5 he was stunned after it was revealed Long was the suspect in the case.

“I don’t know what to say,” he said. “A good dog can get rabies, so anything is possible.”

“Everybody lost something today…again,” he said shaking his again.

Today we mourn, as we seem to be more this year than any year in my recent memory. I truly wish I had the words to bring peace and comfort to our family. I don’t.

How has this country so lost its way that we are now seeing the intentional assassinations of those sworn to protect? I have been searching for the words to help find answers to where we are today. I can’t.

We are an amazing family, and I see you. I see you come to work every day, even though your kids and spouses wish you wouldn’t. I see you spend your own money on people that have none of their own. I see you try to give hope to those who live in a city that has failed to bring economic opportunity to those living in the urban core. I see you help children neglected by a school system that has never been held accountable. Every day I see you do a job we swore an oath to do. I see you try to do a job we never thought we would be asked to do. We are not counselors, school administrators, economists, or politicians. We are, however, blamed for the systems that fail to provide citizens any sort of chance to succeed. We are often blamed for enforcing the laws, but we don’t create those laws.

Middle America sees it too. The extreme ends of the spectrum are screaming, but they are marginalizing themselves. Have faith that those that have been silent are speaking up now. This country is filled with a faith that police officers care. That we matter. Don’t engage in public arguments, you have no chance to change the hearts of those with hate in their heart. You do have the ability to show the rest of this amazing country who you really are. Men and women with loving hearts. The most important role I have ever had is serving you. I couldn’t be prouder of our family. I love this family.

We may not be able to bring peace to our family, or provide answers why we are under attack, but there are those that want to. We just need to see, and listen. Have faith that we are not alone.