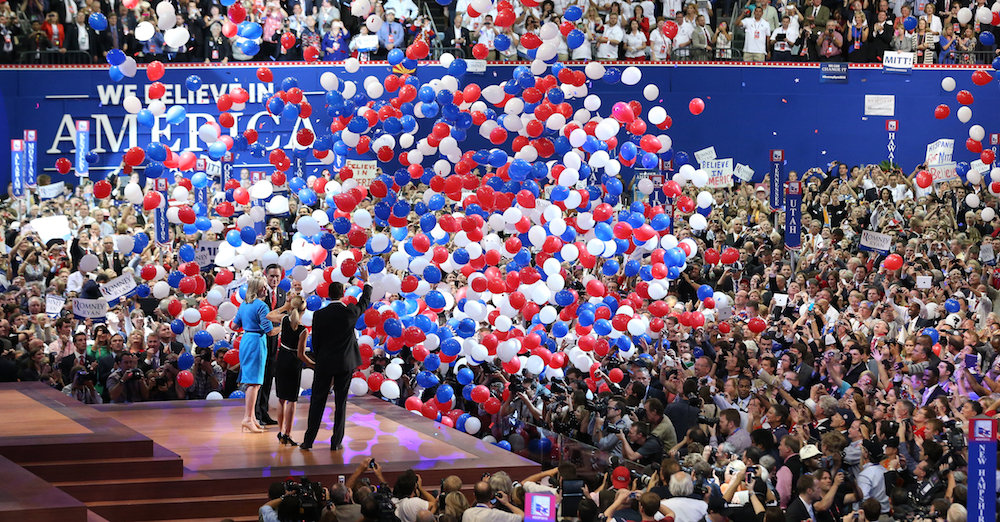 The 2016 Republican National Convention that began yesterday in Cleveland, Ohio, promises to be that rare GOP Convention that’s boycotted by the party’s super luminaries.

Neither of the former President Bushes will attend, nor will former Republican presidential nominees John McCain and Mitt Romney, nor will Ohio Governor John Kasich, who had fought for Cleveland to host the convention.

Curiously, however, both Romney and Kasich will be in Cleveland at the time, though not at the convention. So is GOP guru Karl Rove.

In fact, Rove and InfoWars’ Alex Jones were on the same connecting American Airlines flight to Cleveland, and had a fracas upon landing at Cleveland’s Hopkins International Airport.

Jones approached Rove, calling him by the nickname given Rove by George W. Bush, “turd blossom.” Rove threatened to call the police on Jones.

Jones believes Rove is in Cleveland “to siphon off” super-delegates from voting for Trump.

The presence of Rove, along with failed 2012 GOP presidential candidate Mitt Romney, in Cleveland can only mean that there is some serious closed-door political maneuvering against GOP nominee Donald Trump.

But Madsen, in a previous article, maintains that:

The campaign to drop Trump from the ticket will be unsuccessful due to Trump’s support on the GOP Rules Committee. The schism, however, will prevent any party unity going into November. The lack of party unity cost Humphrey the election in 1968 and Ford re-election in 1976. But keep in mind that those were the days when politics, barring an assassination, were predictable. That is not the case this year.