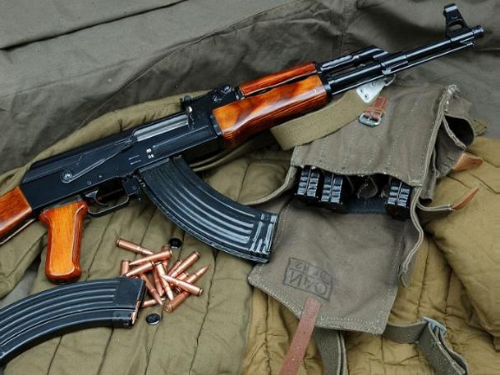 Last week, transcripts for a conversation between Patrick Calvar, the Directorate General of Internal Security in France, and a French Parliamentary Select committee, were released to the public for the very first time. The conversation that took place earlier this year after the terrorist attack at the Bataclan theater, was chilling to say the least.

Calvar told the committee that “We are on the brink of civil war.” He added that “If another attack or two occur, it will happen. It is therefore down to us to anticipate and confound all those groups who would, at some point, spark clashes between communities,” in reference to the Charlie Hebdo attack and the Bataclan Theater massacre. Calvar made it clear that if France is continually struck by Islam inspired terrorist attacks, there will be war between the migrant population and the native French population, which is becoming increasingly nationalistic.

Within days of these transcripts being released, 84 people were killed and 303 injured when a truck drove through a crowd of people celebrating Bastille Day in Nice, France. The driver of the truck, Mohamed Lahouaiej-Bouhlel, was found to be a Tunisian migrant who had been turned into a radical jihadist.

So is France still on the path to a civil war? It certainly appears so. All of the ingredients for such a conflict are there, just waiting to be mixed. You have a population that is feeling powerless and living in fear, while having a complete lack of faith in their own government. And who wouldn’t have disdain for the French government, given how they’ve responded to the attack in Nice.

Take for instance, what French Prime Minsiter Manuel Valls said on Friday after the attack. “Times have changed and we should learn to live with terrorism. We have to show solidarity and collective calm. France has been hit in its soul on the 14 July, our national day.” Unsurprisingly, when Valls showed up to a memorial for the victims of the Bastille Day attack on Monday, the crowds booed and jeered at him.

How could you have any faith in your government after a statement like that? Supposedly, their whole job is to protect their citizens. If the face of the government says “get used to dying in the streets,” how long before citizens take matters into their own hands?

Honestly, it may not be long at all. According to Jonathon Miller, an author and UK citizen who has been living in France for 15 years, the prevailing mood has changed drastically in that country over the past few months, and it’s getting worse with each additional terror attack. But the French aren’t just talking. They’re taking action as well, by stocking up on guns and preparing for war.

I wish I could say this was just hysterical exaggeration. But the evidence does not support complacency. Just down the road from me on the outskirts of Montpellier on the shores of the Mediterranean Sea, there’s long been a gun club where enthusiastic game hunters can polish their skills during the off-season. Unlike in Britain, it is perfectly legal for members of such clubs to own pistols and semi-automatic rifles.

In the last few months, since the wave of terrorism has intensified, the membership of the gun club has quadrupled, from 200 to 800 members. The new members are not all motivated by the love of shooting sports. Benoit, a local olive farmer who owns more than a dozen rifles, pistols and shotguns, as well as an AK-47 assault rifle, admitted to me this weekend something much darker.

“They’re getting ready for a war,” he said.

What’s in store for France in the months and years ahead, is going to pale comparison to the violence that’s been seen in that country over the past year. If the government doesn’t put a stop to these attacks, the French people will pick up the slack, and it’s going to get ugly in no time at all.