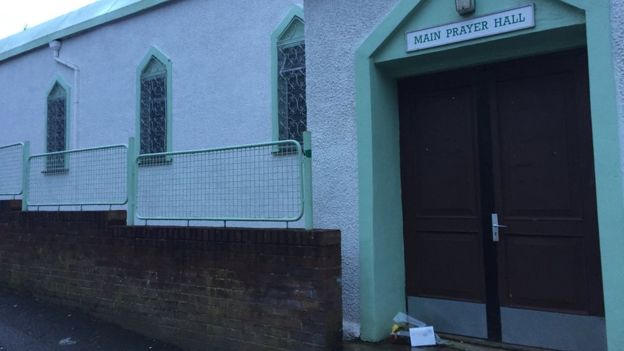 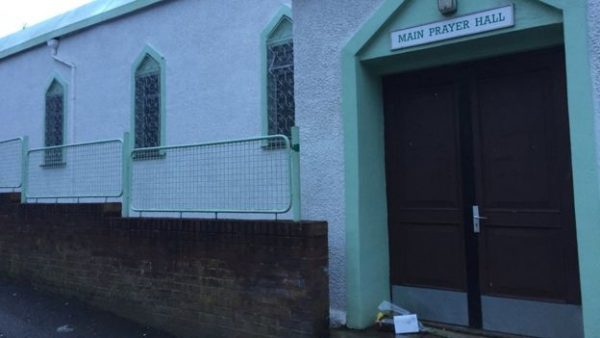 This is not the first time. UK: British 18-year-old girl jailed for a year for putting a slice of bacon on the door handle of a mosque. Bacon at a mosque? So what? Has the West so completely surrendered to Islam that a harmless prank can lead to a prison sentence? Sharia in the West.

Is this as bad as the axe attack on the German train? San Bernardino, Orlando, Garland, Paris, Brussels, Dhaka, New York, London, Madrid…. Is it as bad as the mother and her three daughters aged fourteen, twelve, and eight being stabbed for dressing “immodestly” whilst on holiday in their own country? The youngest victim is fighting for her life. Or maybe it’s worse than the beheading of a ten year old in Syria last week? Has the time come to target the British injustice system and the judiciary themselves?

People have every right to scorn an ideology that calls for slaughter of the non-believers, oppression, subjugation creed apartheid, gender apartheid.

Two men are jailed after rashers of bacon were tied to the door of a mosque and a St George’s flag was attached to its fence.

Two men have been jailed and two women have been given suspended sentences after rashers of bacon were tied to door handles at a Bristol mosque.

During the incident on 17 January, the group shouted racial abuse at a member of the mosque and tied a St George’s flag to the fence of the Jamia Mosque.

Racial abuse? What race is Islam? It isn’t. It’s a supremacist ideology.

Kevin Crehan, 34, of Knowle, was jailed for 12 months and Mark Bennett, 48, of Patchway, for nine months.

The two women also admitted religiously aggravated public order offences in relation to the targeting of the Totterdown mosque.

All four were given a restraining order preventing them from going within 100m of a mosque anywhere in England or Wales for the next 10 years.

Insp Nigel Colston of Avon and Somerset Police paid tribute to the way the community responded to what happened.

He said: “The way local people came together with overwhelming support for the mosque made me proud to be associated with Bristol.

“There can never be any excuse for hate crime in any shape or form and this criminality will not be tolerated.

“All of our communities have the right to live and worship peacefully without fear of being targeted for their race or religion.”