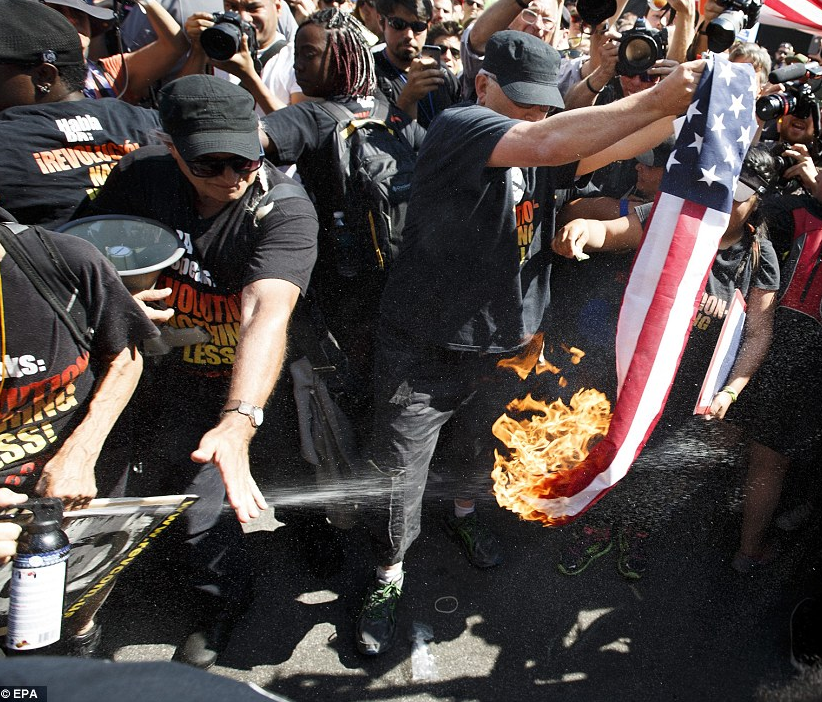 In what was perhaps one of the most violent clashes yet between police and protesters outside the Republican National Convention, a protester accidentally set himself on fire trying to be a bad ass and burn an American flag.

While protesters were yelling “Burn that rag!” a Cleveland police officer reportedly began shouting, “You’re on fire! You’re on fire, stupid!” at the protester whipping around the burning flag that had to be extinguished by firefighters before more people caught on fire.

Protestor lit flag on fire, then lit himself on fire, catching others on fire. Flames extinguished by firefighters. No serious injuries.

When you watch the video, it just looks like the dumbest idea he ever had.

Seventeen communist protesters were arrested, bringing the total so far arrested during the RNC to 22.