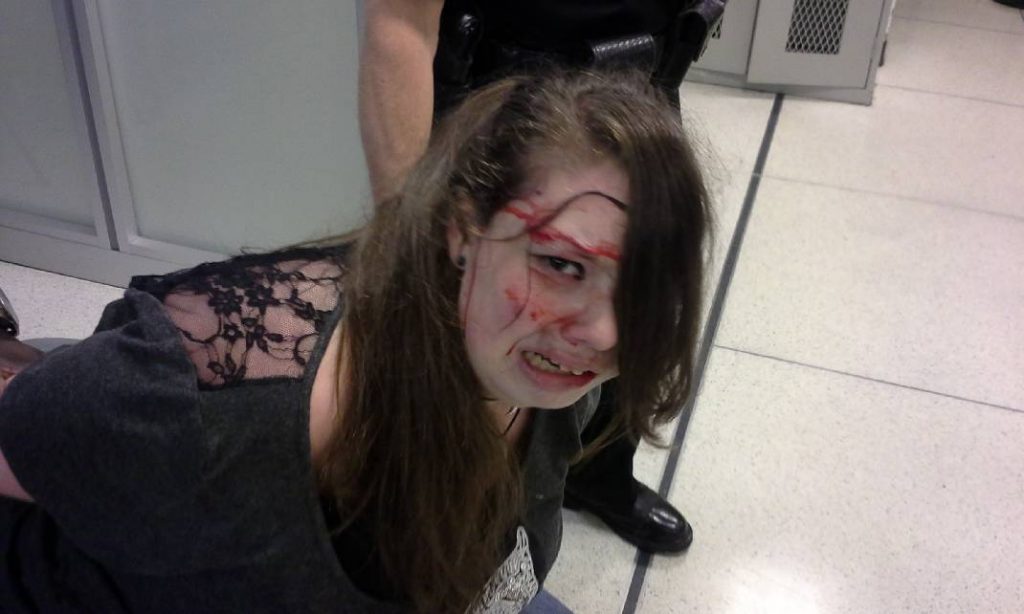 Earlier this month, a special needs teenager returning home from a brain tumor treatment at St. Jude Hospital was left battered, bloodied and in jail after an encounter with Transportation Security Administration agents at a security checkpoint.

Seventy-two TSA agents are on the DHS terrorist watch list. The blue-gloved bandits have been caught in every crime from smuggling cocaine to sexually assaulting passengers in the bathroom to groping children — yet the American public is forced to keep funding them.

Aside from being a criminal gang of sexual predators and thieves, the TSA is entirely incompetent in their ostensible position of keeping airlines safe. Multiple reports and incidents have pointed out the sheer inability of the TSA to protect anyone.

This facade of protection also comes with a hefty price tag, outside of the forced taxation — long lines. According to CNTraveler.com:

Despite the Transportation Security Administration’s ten-point action plan to reduce long lines at airports across the country, lengthy queues remain.

It’s time to face the facts — the police state monstrosity known as the TSA is an utter rights-violating disaster.

Nothing highlights this notion quite like a recent study conducted by the Department of Homeland security.

According to the report from the House Homeland Security Commission entitled “Misconduct at TSA Threatens the Security of the Flying Public,” nearly half of the TSA’s 60,000 employees have been cited for misconduct in recent years.

In their 29 page report, the word misconduct appears a whopping 237 times! In a similar fashion to the police in America, when TSA agents are accused of and investigated for misconduct, they are awarded with a paid vacation.

Up until this comprehensive report, Americans had no idea how corrupt the TSA was because the TSA, just like the police, reports no data on allegations of their misconduct.

As Techdirt notes, if the agency is unwilling to do even the minimum to curb misconduct, it should come as no surprise that it’s become host to a large number of misbehaving employees. Fifteen years of mismanagement has turned a response to a horrific attack into a playground for people who like lots of power and zero accountability.