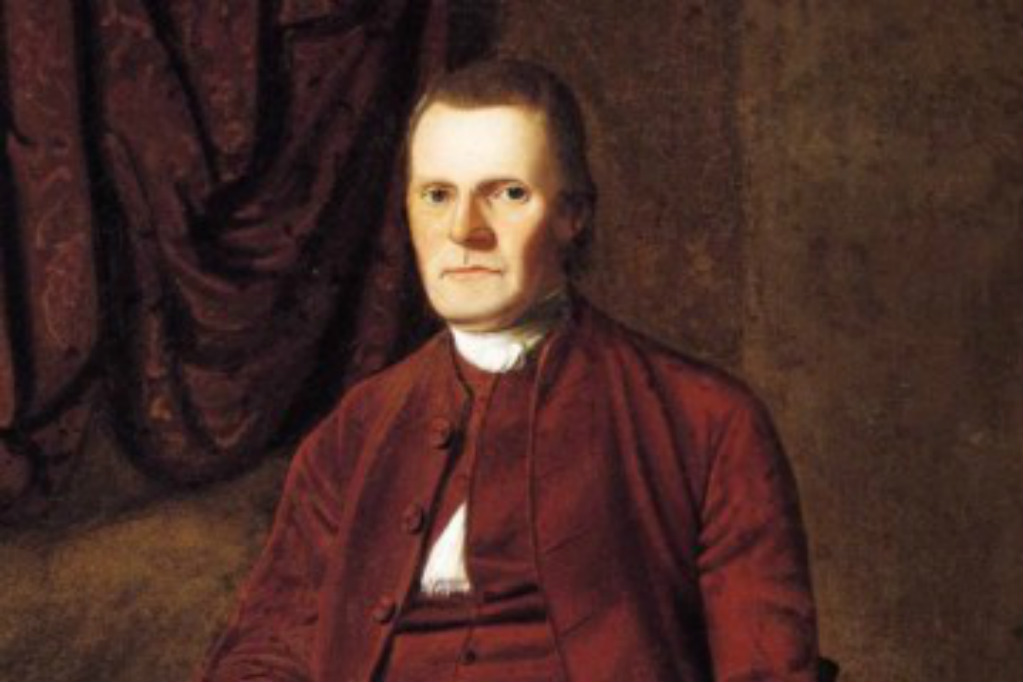 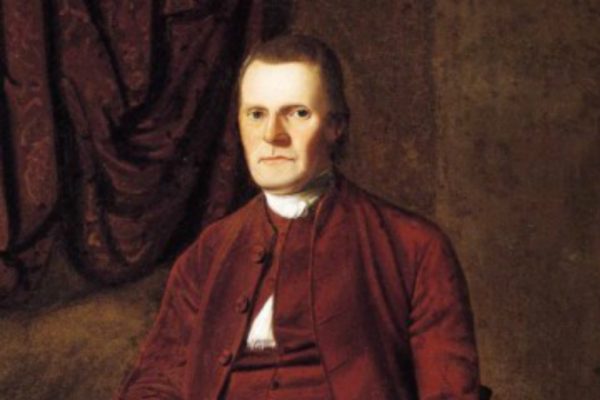 He was the only person to sign all four of America’s founding documents:

At age 19, Roger Sherman’s father died and he supported his family as a shoe cobbler, helping his two younger brothers to attend college and become clergymen.

Roger Sherman was a surveyor and merchant, but when a neighbor needed legal advice, he studied to help, only to be inspired to become a lawyer.

Sherman was elected a state senator, a judge and a delegate to the Continental Congress.

He was on the Committee to draft the Declaration of Independence, along with Jefferson, Franklin, Adams, and Livingston.

Roger Sherman is pictured second from the left in John Trumbull’s famous painting which hangs in the Capitol Rotunda.

“You are further to declare that we hold sacred the rights of conscience, and may promise to the whole people, solemnly in our name, the free and undisturbed exercise of their religion.

And…that all civil rights and the right to hold office were to be extended to persons of any Christian denomination.”

On October 17, 1777, when news that British General Burgoyne had surrendered 6,000 British troops to American General Horatio Gates after the Battle of Saratoga, Roger Sherman exclaimed:

“This is the Lord’s doing, and marvelous in our eyes!”

Sherman made 138 speeches at the Constitutional Convention.

He helped to draft the New Jersey Plan and the Connecticut Compromise, which broke the deadlock between how the large States and small States would be represented in the new government.

Patrick Henry described Roger Sherman as one of the three greatest men at the Constitutional Convention.

Roger Sherman is the author of Article 1, Section 10 of the U.S. Constitution:

“No State shall…make anything but gold and silver coin a tender in payment of debts.”

In his Caveat of Injustice, 1752, Roger Sherman wrote:

“Suppose a man comes to a trader’s shop in this colony to buy goods, and the trader sells him a certain quantity of goods and tells him the price is so many pounds, shillings and pence…to be paid at the expiration of one year…but there is nothing said either by seller or buyer, what currency it is to be paid in…

Now I ask: What does the creditor have a right to demand for a debt so contracted?…

And the creditor…says that such Bills of Credit are of no intrinsic value, and their…value is fluctuating and very uncertain, and therefore it would be unjust that any person should be obliged to receive them in payment as money…

for money ought to be something of certain value, it being that whereby other things are to be valued… “

because in so doing they would oblige men to part with their estates for that which is worth nothing in itself and which they don’t know will ever procure him any thing.”

Roger Sherman helped Connecticut to ratify the U.S. Constitution and was elected to the first session of United States Congress.

When the First Amendment was introduced, Sherman thought it was unnecessary as religion was under each individual States’ jurisdiction.

In 1788, as a member of the White Haven Congregational Church, Roger Sherman was asked to use his expertise in revising the wording of their creed. In his own handwriting, he wrote:

“I believe…that the Scriptures of the Old and New Testaments are a revelation from God, and a complete rule to direct us how we may glorify and enjoy him…

That He made man at first perfectly holy, that the first man sinned, and…all became sinners in consequence…and on account of sin are liable to all the miseries of this life, to death, and to the pains of hell forever.

I believe that God…did send His own Son to become man, die in the room and stead of sinners and thus to lay a foundation for the offer of pardon and salvation to all mankind, so as all may be saved who are willing to accept the Gospel offer…”

The State of Connecticut placed a statue of Roger Sherman in the U.S. Capitol.

Sherman’s statue is also on the Connecticut State Capitol in Hartford.

Inscribed on Roger Sherman’s tomb is:

“He ever adorned the profession of Christianity which he made in youth and…died in the prospect of a blessed immortality.”