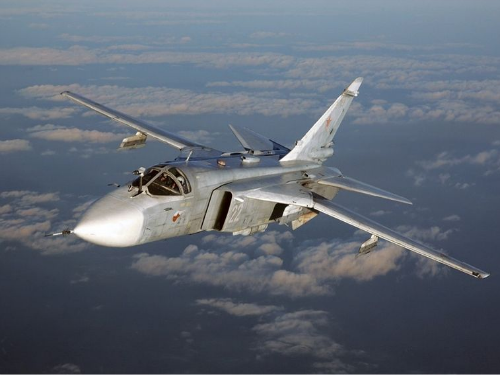 Over the past few years the Syrian Civil War has turned into a proxy conflict, the likes of which we haven’t seen since the Cold War. Russian and American backed forces routinely fight each other in Syria, while their trainers and advisors keep their distance. That’s because rule #1 of a proxy war, is to not directly engage your enemy. Doing so would threaten to escalate the conflict into a full-blown global war.

However, that doesn’t mean that the Russians and Americans don’t come frighteningly close to directly fighting each other from time to time. According to the Wall Street Journal, Russian aircraft bombed a U.S. air base near the Jordanian border last month, and came very close to sparking an international incident.

That’s because 24 hours before the bombing took place, 20 soldiers with Britain’s special forces left the garrison, which is run by the CIA. The clusterbomb could have easily killed the soldiers had they remained. After the attack a US operations center in Qatar called Russia’s air command in Lakatia, and told them to avoid the base, but 90 minutes later Russian aircraft bombed the base again, killing 4 rebels.

The Russians have claimed that they thought the facility belonged to ISIS, and that they had been given authority to bomb it by Jordan. The U.S. however, believes that Russia bombed the base to pressure the White House to agree to cooperate with them in Syria’s airspace.