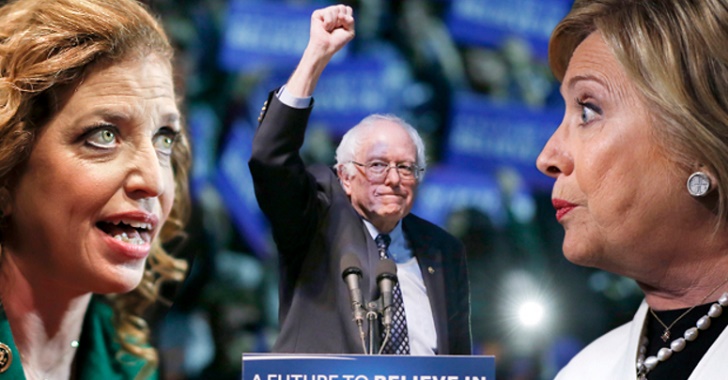 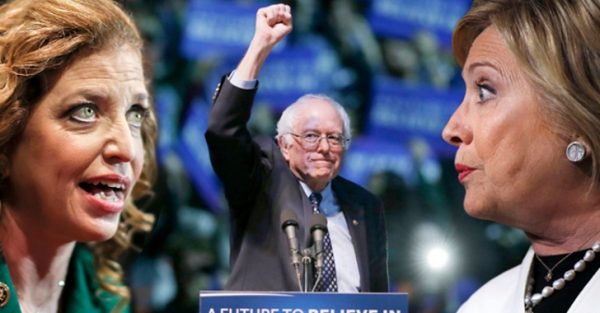 One of the most damning findings of the leak is the fact Clinton and the DNC have worked closely with, manipulated, and bullied media outlets.

One email revealed Politico reporter Ken Vogel sent an article discussing the DNC to the DNC before he sent it to his editors. Vogel attached his story in an email titled, “per agreement… any thoughts appreciated,” sent April 30, 2016, to Mark Paustenbach, Deputy Communications Director for the Democratic National Committee.

The article, which appeared to criticize, or at least examine, Clinton and the DNC’s fundraising tactics, was forwarded by Paustenbach to Luis Miranda, Communications Director at Democratic National Committee.

“Vogel gave me his story ahead of time/before it goes to his editors as long as I didn’t share it. Let me know if you see anything that’s missing and I’ll push back,” Paustenbach wrote. The conflict of interest apparent when a journalist — one who is supposed to be questioning the DNC — allows the DNC access and input to that very investigation can hardly be understated.

But first-look deals with journalists who are supposed to be criticizing those in power are not the only media revelations of Wikileaks’ latest leak.

Another email, titled “WaPo Party,” revealed the Washington Post held an “unlisted” fundraiser with the DNC. “They aren’t going to give us a price per ticket and do not want their party to be listed in any package we are selling to donors,” wrote Anu Rangappa, Senior Advisor for General Election Strategies for the DNC, in September of last year. Jordan Kaplan, National Finance Director for the DNC, replied, “Great – we were never going to list since the lawyers told us we cannot do it.”

Ironically, in November of last year, the Washington Post published an in-depth investigation into the Clinton money machine. The article, entitled, “41 Years. $3 Billion. Inside the Clinton donor network,” questioned the huge flow of cash the Clintons have cultivated over the years. At other points, it marveled at their abilities to rake in so much funding. At no point did it disclose the Post’s fundraiser for Hillary.

The article highlighted Clinton’s success attracting low-level donors, and though it acknowledged her access to big money, it ultimately painted her as moving the party forward. Campaign spokesman Josh Schwerin, who was also involved with managing Vogel’s Politico article, was quoted in the article:

“‘Republicans are spending record amounts trying to beat Democrats, and we want to ensure that the Democratic nominee and candidates up and down the ballot are backed by a strong party with the resources needed to win,’ said campaign spokesman Josh Schwerin.”

In yet another brazen instance revealed by the Wikileaks data dump, Debbie Wasserman Schultz attempted to silence MSNBC Morning Joe anchor Mika Brzezinski after the anchor criticized her, particularly for alleged unfairness to the Bernie Sanders campaign.

“On Wednesday, MSNBC’s ‘Morning Joe’ co-host Mika Brzezinski called for DNC Chair Representative Debbie Wasserman Schultz (D-FL) to ‘step down’ over her handling of this year’s Democratic presidential primary. After playing a clip of Wasserman Schultz, Brzezinski said, ‘This has been very poorly handled from the start. It has been unfair, and they haven’t taken him seriously, and it starts, quite frankly, with the person that we just heard speaking. It just does.’ Brzezinski added of Wasserman Schultz, ‘She should step down,’” read theBreitbart article, as copied and pasted into Houghton’s email to Wasserman Schultz.

Wasserman Schultz forwarded Houghton’s email to Miranda, adding, “This is the LAST straw. Please call Phil a Griffin. This is outrageous. She needs to apologize.”

“Hey Chuck,” Miranda wrote. “Per our conversation earlier today, I’d appreciate it if you passed along the following to the Morning Joe team. I understand Joe and Mika will say whatever they’re going to say in terms of opinion, but at a minimum they should consider the facts on some of the key allegations they’re making.”

Miranda proceeded to share a list of talking points regarding fundraising and allegations of voter fraud at the Democratic caucus in Nevada.

“Let me know if there’s anything else I can provide,” Miranda concluded.

Earlier this year, MSNBC was revealed to employ multiple guest pundits who regularly complimented Hillary Clinton. The corporate news outlet failed to disclose the pundits were also consultants for firms working for the Clinton campaign. Further, as the Intercept reported last year, “The top fundraisers for Clinton include lobbyists who serve the parent companies of CNN and MSNBC.” Such relationships likely demonstrate why Wasserman felt obliged to contact the president of one of the biggest media outlets in the United States to pressure them to change their coverage of her. These close ties denote nearly the opposite of a “free press” intended to provide a balance to the narratives of those in power.

In another instance, though no particular media outlet appears to be involved, the DNC discussed crafting narratives against Bernie Sanders. One narrative attempted to cast his campaign as sloppy and disorganized. Another sought to paint him as an atheist to alienate Christians in the South.

While the revelations are new in regard to the DNC’s attempts to manipulate and work with the media, they are painfully old when it comes to Clinton. Last year, emails were released from 2011 that showed Clinton’s State Department planted questions for a “60 Minutes” interview with Julian Assange. As then-Assistant Secretary of State for Public Affairs, Philip Crowley, wrote in an email to Clinton:

“60 Minutes assures me that they raised a number of questions and concerns we planted with them during the course of the interview.”

Suggesting the interview would not be embarrassing to Clinton or the State Department, he added, “We will be prepared to respond to the narrative Assange presents during the program.”

In truth, those paying attention are already aware Clinton is the quintessential candidate of big money, corruption, and manipulation. Many likely already know of the media’s biases in her favor.

But the Wikileaks revelations confirm the fears of Americans who continue to learn their “democracy” is a sham. They provide the concrete, gritty details to prove it. These leaked emails, then, fundamentally serve as an opportunity to witness the machinations of men and women attempting to run the show from behind the curtain — and to, hopefully, hold them accountable.