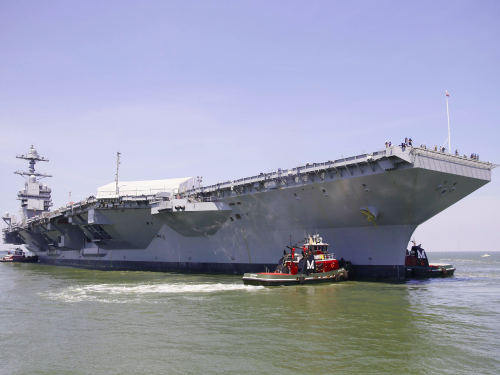 According to a Defense Department memo that was obtained by Bloomberg, the ship’s arresting gear, which is designed to catch landing aircraft, can’t be used more than 25 times without failing. The launching system can’t be used more than 400 times without needing maintenance. Weapon elevators can’t lift munitions, and the radar is problematic. If the USS Gerald R. Ford were deployed to combat, it would quickly live up to its namesake (i.e. it would put itself in danger on a regular basis.)

So how much did this wonderful ship cost? So far it’s up to $12.9 billion, which is $2.9 billion over budget. That’s in addition to $4.7 billion spent on research and development. Once the ship is finally completed, whenever that may be, the US Navy plans to build two more.

And once again, the military-industrial complex reaps billions of tax dollars, and delivers utter crap.