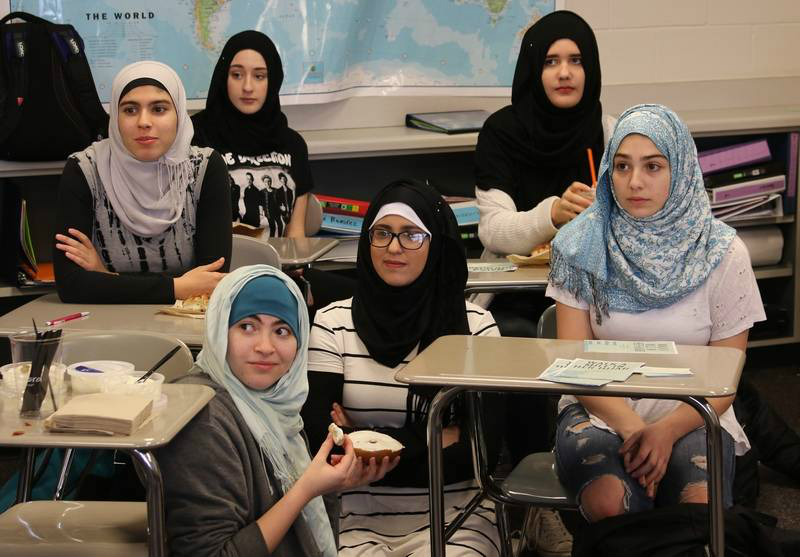 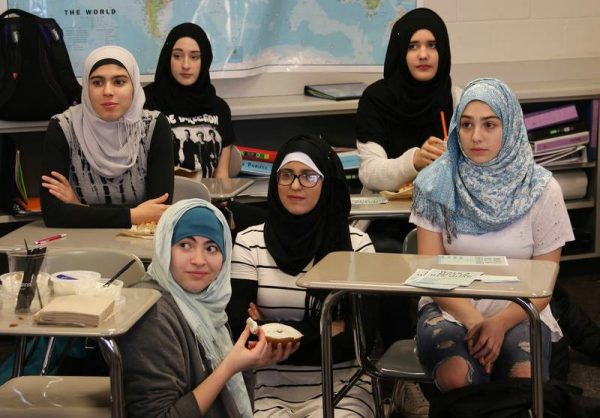 In case anyone missed it, earlier this year in Vernon Hills, Illinois, what is known as the second phase of Civilization Jihad was on full display at the town’s public high school.

American teenage girls were taught how to wear the Islamic head dress known as the “hijab”– in their public high school– by six girls who are members of the school’s Muslim Student Association. If there is a Christian Student Organization, it’s highly unlikely that Vernon Hills High School would allow Christians to talk about Jesus, display crosses, or pray as a group on school property– or teach anyone else in a classroom about anything related to Christianity. Same goes for Jews or Satanists.

Actually– Christians are already prohibited from displaying any act or sign of their faith in public schools. The question is why aren’t the same standards applied to Muslim students?

For some reason Vernon Hills High School administrators in Vernon Hills, Illinois support both taqqiya and Civilization Jihad. Wearing the hijab has nothing to do with religion or culture. Teaching teenagers a false version of the hijab is a deliberate attempt to indoctrinate, and eventually, convert vulnerable and naive teens about what is an oppressive totalitarian political ideology.

Yet for some reason Common Core curriculum still includes teaching Islam to all grades in all public schools accepting federal education funds. One would think indoctrinating students about a false version of Islam violates the First Amendment. It obviously discriminates against all non-Muslims who are penalized if they choose not to participate in this indoctrination.

Where are the parents? Where are the members of the community expressing outrage over this obvious and ludicrous display of taqqiya?