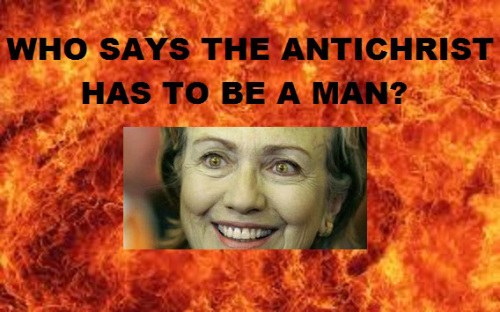 Ask a Democrat about Richard Nixon, and you’ll get an earful about Nixon’s dirty campaign tricks.

That’s a case of the pot calling the kettle black, as shown by some 2,000 Democratic National Committee (DNC) emails hacked by Guccifer 2.0 and recently released by WikiLeaks.

Those emails show that the DNC is thoroughly corrupt. Long before Hillary Clinton won the 2016 Democratic primary elections and became her party’s presumptive presidential nominee, the DNC had become her tool, planning and undertaking dirty tricks to protect her and to undermine her opponents Bernie Sanders and Donald Trump.

If Democrats have even a shred of honesty, they would acknowledge that Hillary Clinton is worse than Richard Nixon — many times worse.

Chuck Ross reports for The Daily Caller, July 22, 2016, that WikiLeaks released nearly 20,000 emails it says are from the accounts of Democratic National Committee (DNC) officials, which could cloud the upcoming Democratic party convention that begins Monday in Philadelphia. The emails were obtained by a self-described Romanian hacker (or hackers) going by the name Guccifer 2.0 through the DNC’s computer systems, but many suspect the hackers to be a team of Russians.

In addition to DNC emails, other documents released by the hacker(s) include internal planning memos and databases of Democratic donors. The DNC, chaired by Florida Rep. Debbie Wasserman Schultz, has admitted that their systems were infiltrated.

The emails, dated from Jan. 2015 to May 25, 2016, come from the accounts of DNC officials. According to WikiLeaks, which is operated by Julian Assange, the release is “part one” of a series it is calling “Hillary Leaks.”

So far, this is what the DNC emails reveal:

(1) Collusion between journalists and the DNC to protect Hillary

In an email from DNC national press secretary and deputy communications director Mark Paustenbach to DNC communications director (and former White House Director of Hispanic Media) Luis Miranda, Paustenbach said Politico‘s chief investigative reporter Ken Vogel “gave me his story,” which was unflattering to Hillary, to read “ahead of time,” before the story goes to Vogel’s editors. Paustenback then asked Miranda to “Let me know if you see anything that’s missing and I’ll push back.”

Here’s a screenshot I took of that email from WikiLeaks (click image to enlarge):

In his story, Vogel wrote that although the Hillary Victory Fund was billed as a joint fundraising effort between the Clinton campaign, DNC and state Democratic parties, only a small fraction of funds raised actually went to state parties.

Given a heads up by Vogel, Hillary’s campaign pushed back on the report with a spin by Clinton spokesman Josh Schwerin, who told CNN: “Funds raised through the Hillary Victory Fund are now being used to fund and staff organizing programs in Ohio, Virginia, Florida and states across the country that will register voters, recruit volunteers and organize Democrats to turn out and support candidates up and down the ballot.”

In an email on May 5, 2016, from DNC chief financial officer Brad Marshall to Miranda, Paustenbach and CEO of DNC Amy Dacey, Marshall proposes that “we get someone” in Kentucky and West Virginia to ask Bernie Sanders about his (religious) belief — whether he believes “in a God” — in order to impress on Southern Baptists that Bernie is a Jew and an atheist.

Here’s a screenshot of the email (click to enlarge):

In an email to Paustenbach and Miranda on May 18, 2016, DNC deputy communications director Christina Freundlich sought their approval for placing a fictitious ad on CraigsList, soliciting “hot women” to work for Donald Trump, who are prepared to endure public humiliation if they gain weight, and to be greeted by Trump “with a kiss on the lips” or a grope “under the meeting table”. The fake ad was approved by DNC communications director Luis Miranda.

Here’s a screenshot of the email (click image to enlarge):