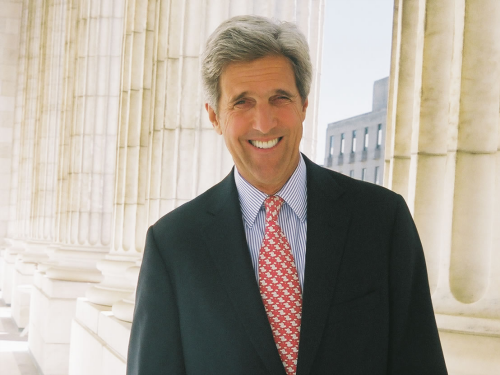 For the past two years ISIS had made a terrifying name for itself. In the Middle East they’ve gained a reputation for brutally torturing their opponents and for forcing women and girls into sexual slavery. Around the world they’ve gained a reputation for their swift and devastating terrorist attacks. Clearly, ISIS is one of the biggest threats to public safety on the planet.

But apparently, home appliances pose an equal threat. Or at least, that’s what Secretary of State John Kerry thinks. He recently visited Vienna to amend the 1987 Montreal Protocol so that hydrofluorocarbons can be phased out. These chemicals are used in air conditioning units and refrigerators, but they are apparently a potent greenhouse gas. During the meeting, Kerry was quoted as saying:

“Yesterday, I met in Washington with 45 nations — defense ministers and foreign ministers — as we were working together on the challenge of [the Islamic State], and terrorism…It’s hard for some people to grasp it, but what we — you — are doing here right now is of equal importance because it has the ability to literally save life on the planet itself.”

Yes, you read that correctly. John Kerry actually thinks that murderous fanatics are just dangerous as your air conditioner.