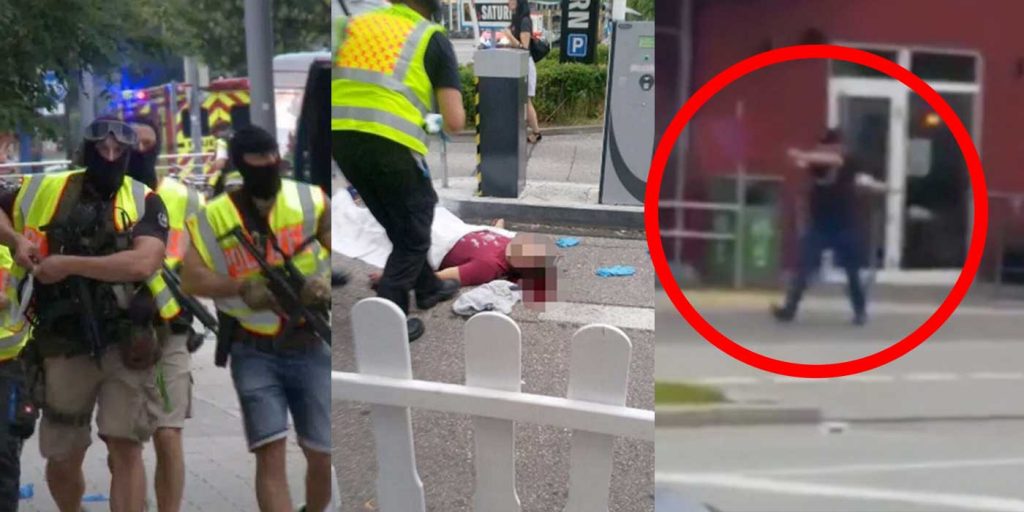 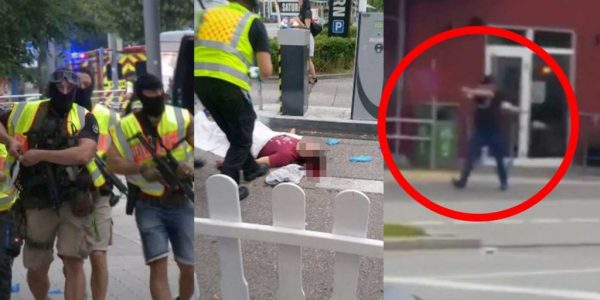 Days after the German mainstream press attempted to portray the Munich shooter both as an ISIS fighter and a right wing extremist, more information has come to light surrounding the history of the shooter and his motives. But, the more information reported by the mainstream press regarding the incident, the more questions that arise in connection to the incident itself.

To be clear, there is not enough evidence to clearly label this attack as a false flag or as a lone nut incident. Still, there are a number of questions that need to be answered and there are a number of aspects to this case that need to be addressed as potentially more than merely striking coincidences. We must avoid the temptation to label every attack as a false flag but we must never ignore the signs that we are witnessing one.

Despite their best efforts, the mainstream press was forced to abandon its “suspicions” that the attack was the handiwork of a right wing extremist despite its constant reminders of the possibility that such an attack still could have been conducted by an individual of this variety. Attempts to link the shooter, 18-year-old David Ali Sonboly, to Anders Breivik, the Norwegian mass shooter and right winger (another incident of a questionable nature) proved unsuccessful despite efforts to do so by numerous agencies. Strangely, the media has been reporting that Breivik’s manifesto was not found in Sonboly’s apartment, something for which law enforcement agencies should never have been actively searching for to begin with.

Sonboly also has no apparent links to ISIS, despite media reports that the attack could have been one of Islamic extremists, a possibility made even more unlikely by Sonboly’s Iranian heritage and citizenship.

It is noteworthy that the German and international media immediately jumped to the possibility of a right wing extremist being responsible for the attack despite a track record of the opposite (most attacks of this nature in Germany have been of the Islamic extremist variety) while simultaneously stoking the predictable possibility that the shooter could have been linked with ISIS and thus a “Muslim attacker” at best. All this while a cleverly inserted Iranian link was added to the mix.

In a classic Catcher In The Rye moment, Sonboly was found to have a copy of Dr. Peter Langman’s book Amok In The Head: Why Students Kill, a study of mass school shootings in the United States. While Sonboly may have been legitimately reading the book, we must also wonder if it were not another intentional telegraph of who was responsible and what his motive may have been in the same way that passports and I.D. papers keep turning up after shootings and terror attacks in other locations.

Purchase and Modification of Gun

Another interesting aspect of the shooting is the fact that Sonboly not only purchased a gun from the “dark net” in a country already wrecked with oppressive anti-gun policies and laws, but he apparently augmented the gun if reports are to be interpreted correctly. Consider the BBC report which states:

David Ali Sonboly, 18, who had a Glock pistol and more than 300 bullets, killed himself after the attack.

Bavarian officials said the gunman, still not officially named, appeared to have bought the illegal pistol used in the attack on the so called “dark net”.

He said it was likely the Glock pistol – which had been reactivated – was bought on the “dark net” market, an area accessible only with the use of special software.

Sonboly was said to be a keen player of “first-person shooter” video games.

So who “reactivated” a “deactivated” gun? The seller or the buyer? And why would the “reactivation” element even be newsworthy? Are authorities suggesting that an 18 year old with little gun experience (he had to order the one he would use via the Internet) was able to repair and “reactivate” a weapon, something that requires some knowledge of firearms in order to do?

Reports of Multiple Shooters – Now Only One Shooter

It is incredibly important to note that the reports of multiple shooters have now been molded into one and only one shooter.

In informed researching circles, it is well-known that the information that comes out shortly after the event is usually the most reliable. This is not to discount the existence of confusion related to panicked reports coming from eyewitnesses and the like. However, the information coming out early on has not yet been subjected to the top-down media revision that will inevitably take place as the story becomes molded to fit the narrative pushed by the individuals who either directed the attack at the higher levels or at least have connections with those who are able to control the manner in which various media outlets report the event.

For instance, in times of false flag attacks, the initial reports may point to 5 gunmen. Very shortly after, reports may only mention two. Only a few hours after the attack, however, all references to more than one gunman are removed entirely, with only the “lone gunman” story remaining. Any other mention of additional gunmen after this point is ridiculed as “conspiracy theory.”

Such is the case in Munich where initial reports suggested three shooters using long rifles while reports now only cite one shooter using a pistol.

It is important to note that, while there is not enough evidence to declare this attack a false flag event, there are a number of anomalies that should, at the very least, give us pause to question the official narrative of what took place in Munich. Clearly, we have entered a new phase in the Western world where terrorist attacks, mass shootings, mob and racial violence, and authoritarianism are the “new normal.” Whether false flags are continuing to take place or whether they have merely served as the spark that is initializing a growing trend of violence will also likely be an important question in the very near future.