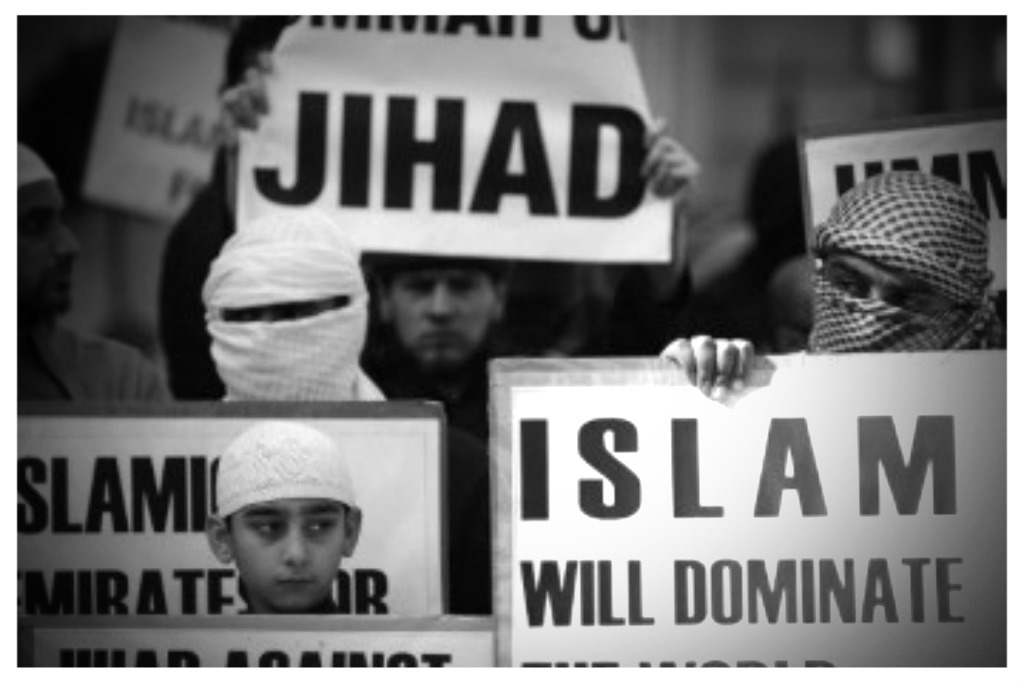 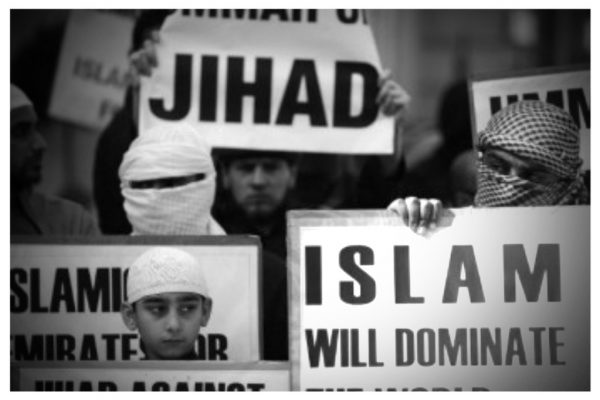 Immigration from the Middle East is toothpaste out of the tube. It cannot be snaked back in by rough policies against refugees or by preventing Muslims from entering the United States. Western nations must assimilate their Islamic immigrants or bare the ongoing consequences of their disenfranchisement.

Islamophobia, law enforcement’s discriminatory targeting of Muslims, and the rise of right-wing governments serving citizens anxious to trade their freedom for faux security, fuel the anger and sense of displacement of so-called lone wolves, and send them seeking the so-called solutions offered by Islamic State.

It is not about cleaning up Twitter. It is about chipping away at the conditions that make those 140 character messages so attractive. (source)

I have heard this argument so many times it makes my head hurt to think about it. But this argument, as articulated above, is the classical example of the inability of modern western society to critically assess and respond to a very simple problem, and that is Muslims want to take over the West, force everybody to become a Muslim, rob/enslave/murder those who don’t, and turn our society into the cesspools which these same Muslims fled from.

It’s not hard to understand this is their goal. Muslims have been saying this for over fourteen centuries. We know this because they have written thousands of books themselves documenting this, let alone what non-Muslims have said. Even in just the past ten years, there are almost innumerable examples of Muslims saying these things and after saying them, following up with actions meant to disrupt, intimidate, destabilize, harm, or destroy the very things they said said they were targeting. It is not hard to see because the crimes they commit are so obvious they cannot be covered up.

The above example just applies to the egregious examples of Muslim violence. If one goes a step further and just looks at Islamic theology, anybody with a superficial, elementary understanding of it immediately can know that the root of Islamic violence is the theology because, again, the theology is so explicit about violence and terrorism as acceptable and commendable means to propagate Muhammad’s religion. The further one studies Islam, the more one realizes how true this is, that Islam is a sick, perverted heresy in which exhalts and rewards the most bestial of human behavior by falsely calling them as qualities of the soul while ignoring the true qualities of the soul in which man reflects his Creator.

I have said if for almost two decades, and I will say it again- the problem with Islam is the theology. The bad things that Allah did are because Allah said so. If you believe earnestly that Allah (or another being) said that you can/must act a certain way and that is absolute, divinely revealed truth, there is nothing more you can do. After all, assuming this, you cannot argue with absolute truth because it is absolute.

Do not misunderstand me- the problem is not with absolute truth. The problem is with when people say that something is absolute truth when it truly is not- like Muslims with Islam. This is the reason, however, why philosophy and theology exist, as they examine the consequences of said presumptions of truth, and by examining not only these beliefs, but the necessary consequences of these beliefs can we see if they make sense with other beliefs.

As for why Muslims act violently, the process is very simple to explain to people:

-Allah says that men can engage in certain bad behavior.

-Allah says that Muhammad is the perfect example of what a good Muslim is.

-Muhammad engages in the bad behavior that Allah said Muslims could do.

-Therefore, good Muslims should be like Muhammad and do all the same bad stuff that he did.

Part of the problem with the west today is that we do not want to see Islam for what it is.

Islam is an evil religion, and I do not say that on account of simply what Muslims do. Islam is evil because of the dogmas that it calls sacred are evil and the bad things which Muslims do are the fruit of these evil doctrines. The bad things that Muslims do- violence, Shariah law, terrorism- is Islamic theology applied in public life. Islamic violence is simply applied Islamic philosophy.

This is why the claim that “Christians are as violent as Muslims” is a bogus argument as much as “Christianity has violence too” is as well, because both looking at actions as themetric of right and wrong. It’s not the actions, fool, it’s the philosophy. Even when both religions use violence, the philosophy and theology which support their use are completely different so much that the actions are related to each other only in their superficial effects because the supports which underlay them are fundamentally different. It is the same argument about God versus Allah. People say that God and Allah are the same, but the similarity is only one of grammar and (in the case of Islam) verbal claims of a relationship with Christianity. The philosophy and theology about God versus Allah as articulated by Christian and Muslim scholars respectively immediately show how the understanding of the divine is so different that God and Allah are truly two different gods.

You cannot compare God and Allah, Christian holy war and Jihad, Christian modesty and Islamic modesty, and any such other topic together because they are only similar in superficial ways. However, people in the West are obsessing over this idea because they want to equalize their understanding of Christianity and Islam to each other, and the easiest way to do that is to search for a common denominator, which in the case of both are the most superficial and yet also irrelevant points.

If you want to destroy Islam, you have to destroy the religion. If you want to destroy the religion, you have to go after those who believe in it. Since the problem is Islam and a Muslim is a followers of Islam, this means that Muslims cannot be allowed to exist in large groups in Western society because they will form a subversive bloc- a “fifth column”- that like an autoimmune disease or a parasite will attack its host society until it succumbs to it.

This is why there are so many Muslims on welfare, involved in illegal businesses, and who constantly are using legal organizations to exploit, threaten, or sue those who do not acquiesce to them. It is because they hate you, Western man- they hate you and want to destroy you. They want to rob your wealth for profit and rape your children for pleasure. They do not care about you, anything you did for them, or anything you may do for them in the future. Their goal is single-minded, and it is to take your money and future and transfer it to themselves by any possible means.

You can spend all day working with Muslims, trying to “rethink” Islam, or otherwise try to help them, but it will be of no avail. Unless those Muslims apostatize from Islam to the Faith, they will remain a threat, and you have to either work towards or simply get rid of them, or you have to prepare your inevitable submission to Islam.

Muslims are known to use the phrase “convert or die” when it comes to non-Muslims. Their invasion of the west is posing that question by another means- they are asking you to convert or die. If as the saying goes, “turnabout is fair play,” then perhaps it is about time that we consider asking Muslims the same question.