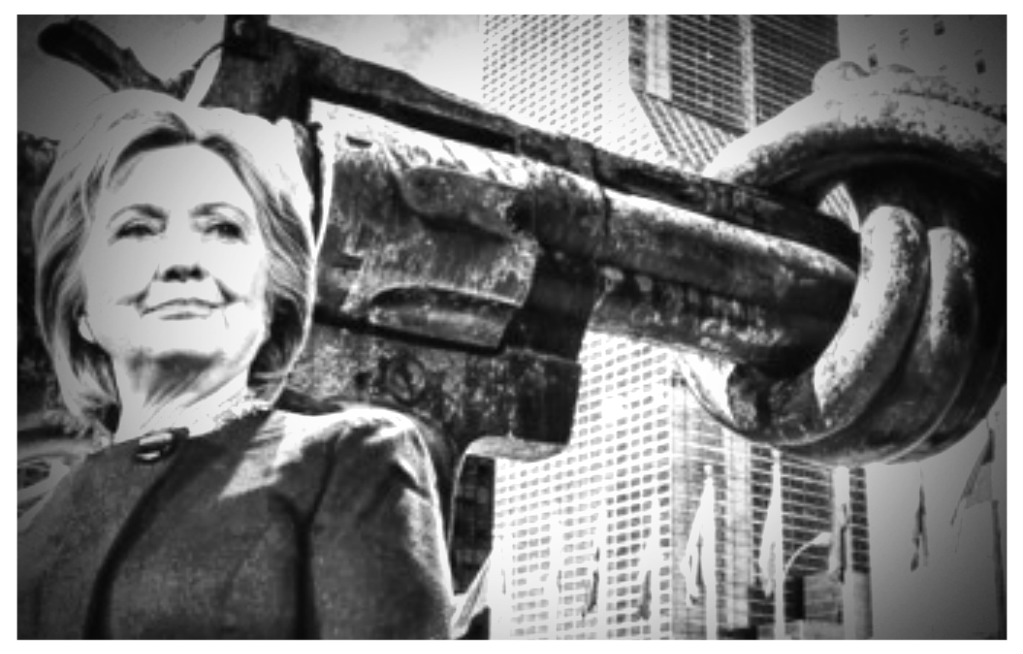 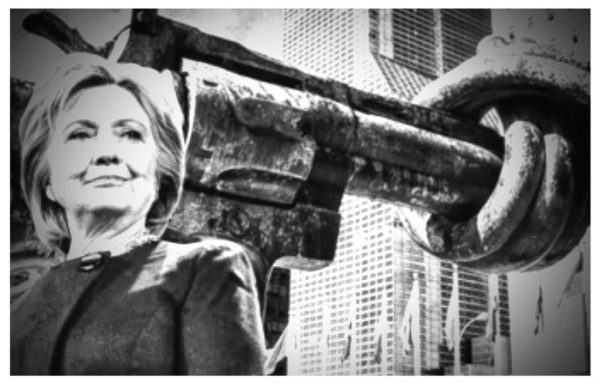 In a video released by James O’Keefe and Project Veritas in association with Infowars, O’Keefe gets exclusive footage of a Hillary Clinton alternate delegate explaining the propaganda that Clinton will use, if elected president, to deceive and persuade the public into accepting an all-out, unconstitutional gun ban.

Of course, much of what she said is no mystery. It has been common phraseology to say that one is for “common sense gun legislation.” The reality is that kind of talk is actually “communist gun legislation.”

So, she reveals openly that this is the ultimate goal, not some common sense legislation. She realizes that it will not only upset people, but it is unlawful and this is the reason they try to deceive the people.

“You have to take that sort of moderate… ‘We just wanna have common sense legislation so our children are safe!'” Bayer added. “You say sh*t like that, and then people will buy into it.”

Part of Mrs. Bayer’s problem is that her husband fails to lead her properly, as she unflinchingly says he wants to see guns banned as well.

Bayer also admits that getting “Democrats in office” is the only way to see such a ban on guns, and that Hillary would support the ban “for sure.”

The video went on to show that while many Democrats would support putting a sign at various locations that designated they were “gun free zones,” not one of them was willing to post it at their home.

This is quite telling, isn’t it? Clearly, some of these people are just useful idiots. They think this way because they have idolized criminals like Hillary Clinton or Barack Hussein Obama Soetoro Soebarkah. Others actually believe this will make for a more safe culture and rid us of crime.

The reality is that these gun grabbers ignore real facts when it comes to gun free zones. For instance, since 2009, 92% of mass shootings have occurred in gun free zones. I would also point out that it was Clinton’s husband, Bill, who signed this unconstitutional legislation into law.

Clinton has been caught on audio blasting the Supreme Court over its ruling concerning the right of the individual to keep and bear arms as well as her biased attack of pro-gun groups.

Her opponent, Donald Trump, has taken a completely different position during the campaign.

The real issue is that the Constitution gives absolutely zero authority for those in government to write legislation that restricts or bans the ability of citizens to keep and bear arms of any kind, including warships and tanks. So, Congress can write all the words they want to write and in the end, they are simply acting unlawfully and treasonous against the people they are supposed to be serving.