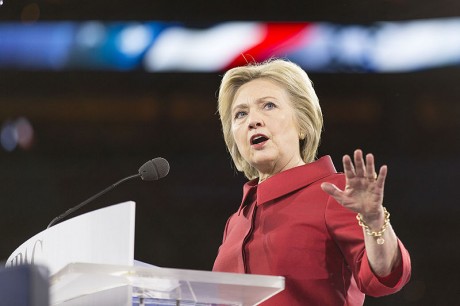 These days, it seems like mass killings and terror attacks are becoming a daily occurrence.  In fact, I just wrote a major article about this.  But let’s try to put all of this into perspective.  If the mass killings and Islamic terror attacks are unspeakably evil, and they most certainly are, then how evil are we as a nation for killing 58 million of our own babies since Roe v. Wade was decided in 1973?  The truth is that we are a nation full of mass killers, and those that celebrate our slaughter are elected to the highest offices in the land.  The blood of our murdered children is crying out from the ground against us, and there is no possible way that America will ever be “great” again as long as we continue to ruthlessly take the lives of our unborn.

This week is the Democratic National Convention, and most people are focusing on all of the chaos and infighting that are taking place.  But instead, the focus should be on the fact that the Democrats unashamedly celebrate the genocide of unborn Americans.  And this time around, the Democratic Party platform openly calls for the repeal of the Hyde Amendment, which is supposed to keep our tax dollars from directly paying for abortions.  The following comes from the Washington Free Beacon…

The proposed Democratic Party platform supports taxpayer funding for abortion. The platform committee endorsed the repeal of the Hyde Amendment, which blocks the use of tax dollars to pay for abortions. The party vowed to maintain funding for the nation’s largest abortion provider, Planned Parenthood, which receives roughly $500 million, or about 40 percent of its annual revenue, from taxpayers.

“We will continue to oppose—and seek to overturn—federal and state laws and policies that impede a woman’s access to abortion, including by repealing the Hyde Amendment,” theproposed platform says.

In America today, we call evil good and good evil.  And those that are butchering babies are completely unrepentant about what they are doing.  Last month, LifeNews.com published an article that featured a particularly disturbing exchange between a pro-life activist and an extremely bitter San Diego abortionist…

Santella: “Why?” (Santella strides up to within inches of Mel, coffee cup in hand)

Mel: “Because it’s a sin before God.”

Later in the conversation, Santella says he has a “darkened heart” and he will never “go to Christ” to repent for his deadly work. The exchange continued:

Mel: “All the babies that you kill…”

But instead of putting abortionists like that in prison, officials are going after those that have been attempting to expose the horrors of the abortion industry.

In 2015, the Center for Medical Progress released undercover video after undercover video which proved that Planned Parenthood is chopping up aborted babies and selling off their organs and body parts to the highest bidder.  Since that time, nobody from Planned Parenthood has been prosecuted that I know of, but authorities sure did go after the people that made the undercover videos.  Fortunately, justice prevailed in this case, and the last charges against them have finally been dropped…

The last remaining charge against two California pro-life activists has been dropped.

A Texas judge dismissed the tampering with government records charge against David Daleiden and Sandra Merritt, who made undercover videos allegedly implicating Planned Parenthood officials in arranging the illegal sale of fetal tissue to researchers for profit.

But this just shows how sick our society is.  Once those undercover videos came out, every Planned Parenthood clinic in the entire country should have been shut down and a whole bunch of their executives should have been prosecuted.

Instead, the country as a whole just yawned and we just continued with business as usual.

And today, the Democrats nominated for president a woman that has made “abortion rights” one of the pillars of her long political career.  Hillary Clinton’s hands are drenched in the blood of unborn children, but we aren’t supposed to mention that these days because it isn’t “polite” to do so.  This is a woman that has even admitted that an unborn baby is a “person”, but she insists that an “unborn person doesn’t have constitutional rights”…

Clinton made the statement in response to a question from “Meet the Press” host Chuck Todd. Clinton also said that an unborn child’s constitutional rights are “not something that exists.”

Sadly, most of us believe the mainstream media when they tell us that voting for Hillary Clinton is a perfectly legitimate choice.

Any American that casts a vote for Hillary Clinton is committing an unadulterated act of wickedness.

But of course Donald Trump is not exactly a champion of the pro-life movement either.

Not one single word.

He was once very strongly “pro-choice”, but now he says that he is “pro-life”.  However, that doesn’t mean that he intends to change any laws.  In fact, earlier this year he made his intentions very clear to CBS News…

Republican presidential candidate Donald Trump told CBS News this week following controversy over his remarks about abortion that “at this moment, the laws are set, and I think we have to leave it that way.”

And Donald Trump has repeatedly praised Planned Parenthood and has publicly stated that it “has done very good work for many, many — for millions of women“.

I know that a lot of conservatives out there are very supportive of Donald Trump these days, but he is dead wrong about this issue.

As long as we continue the mass killing of the unborn in this country, it isn’t going to matter who is running this nation.

Every time we murder another child, we curse ourselves, and I don’t know if there are words to describe how evil we have become.

If we were to immediately renounce our evil and stop murdering babies, perhaps we would have a chance of turning things around.  But if we continue on the same path that we are currently on, then we are going to deserve every ounce of what is about to happen to us.