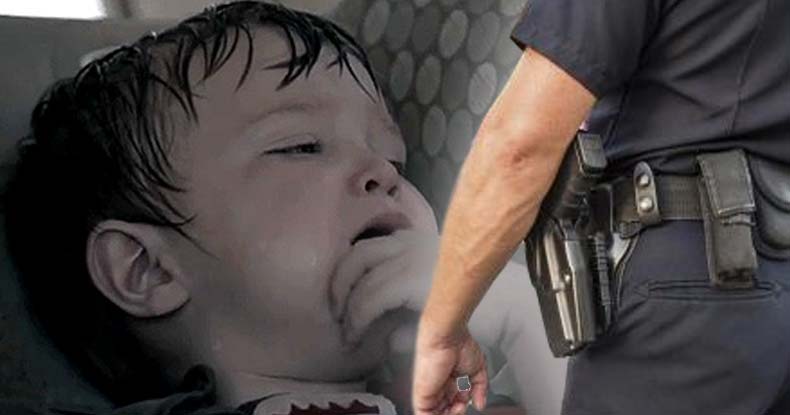 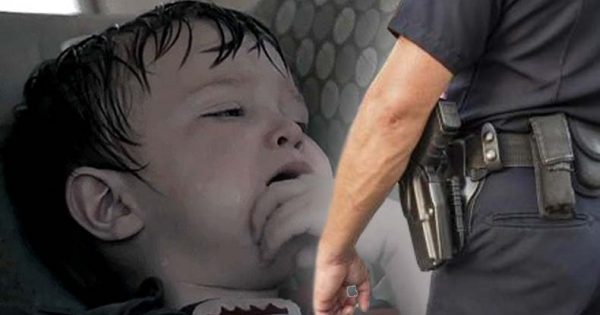 In yet another example of privilege granted to those who work for the system, an officer from Rome, New York, will not be charged in the death of his infant son, who perished after being left in inside a hot car for 8 ½ hours.

According to local WSYR-TV, the D.A. said Fanfarillo first realized he’d abandoned the baby in the car when his wife contacted him to say Michael had never been dropped off at the family’s daycare provider. Fanfarillo, McNamara explained, rushed out to the car after that call and “found his son’s lifeless body.” Although Fanfarillo “relentlessly” attempted to resuscitate the baby, the effort was ultimately unsuccessful.

As McNamara’s office said in a statement:

“The facts and evidence in this case do not reach the threshold required for criminal liability,” which, in New York, demand “a person must fail to perceive that a substantial and unjustifiable risk will result from their conduct. A lapse or loss in memory is insufficient proof to satisfy the legal requirement of failing to perceive a risk — something more is required.”

According to McNamara, the officer placed Michael in the back seat to drop his elder child at daycare — though he typically didn’t bring the youngest along for the ride. After returning home, Fanfarillo simply forgot the baby was strapped into his carseat, did a few chores, and fell asleep — while Michael suffered in oppressive summer heat, eventually dying of hyperthermia, over 8 ½ hours later.

“The law in our state recognizes a fundamental difference between the offender who leaves a child in a car knowing that the child is there but wrongly failing to appreciate the risk of such conduct, and a person who walks away from a vehicle after having forgotten that the child was still inside of it,” the district attorney’s statement explained.

Fanfarillo’s cooperation with authorities also played a role in the district attorney’s decision not to prosecute — including both his willingness to submit to drug and alcohol testing (which found neither) and choice not retain an attorney during the course of the investigation — as did his lack of prior history of negligent or abusive behavior.

“There is no evidence to suggest this is anything more than a tragic accident,” McNamara noted, as syracuse.com reported. “Unfortunately prosecutors see tragic accidents all the time that do not arise from criminal conduct and therefore do not result in homicide prosecutions.”

While the death of Michael at the hands of his feckless father does, indeed, appear to be a tragic and highly avoidable ‘accident,’ decisions not to press charges against parents for leaving children to perish in sweltering vehicles disproportionately favor those in law enforcement and other occupations of State authority.

In May 2015, as The Free Thought Project reported, Assistant Public Defender Young Kwon accidentally killed his 16-month-old son in strikingly similar circumstances. In soaring 92-degree heat, Kwon forgot to drop the infant girl at daycare and left her in the oppressively hot car for several hours until a family member inquired about the child. Kwon also rushed to try to save the infant but the heat had already killed her.

In that case, the Sheriff refused to arrest the man, specifically noting he and the man’s wife, Assistant State Attorney Wendy Kwon, “routinely” interacted with his department. Unsurprisingly, no charges were filed — and the couple’s attorney, a public defender, specifically emphasized the Kwons were “excellent” and “dedicated” parents.

And in another instance of blatant bias, Garland County Circuit Judge Wade Naramore wasn’t prosecuted after picking his 2-year-old son Thomas up from daycare and forgetting to bring the child inside his home. Thomas endured four hours in crushing heat before the judge realized the mistake — too late to save his life. Naramore, also, was never arrested and didn’t face consequences for neglecting to free the child from the car.

In striking contrast, the same law enforcement department immediately arrested civilian Mandy Wilson for the same neglectful leaving of a child in a car, and charged her with Endangering the Welfare of a Minor.

A couple in Florida left their 11-month-old child in a car in a Walmart parking lot for 39 minutes — when they emerged from the store, waiting police promptly arrested the pair and charged them with neglect.

In Arizona, also in a Walmart parking lot, another woman without a State job was also arrested for leaving her child trapped in a vehicle.

In fact, the list of average, ordinary, non-cop, non-judicial system, non-State employees charged for the exact same leaving of children in impossibly hot vehicles — whether the incidents proved lethal or not — is endless, as can be found with a simple online search.

Just as endless are the same incidents where no arrests or no charges were ever handed down when one or both parents works for The Man.

So, while McNamara might have explained New York’s conditions for such arrests, the fact is, authorities will find a way to prosecute parents for neglectfully leaving their kids in hot cars — unless they have such connections, in which case they will find a way not to.