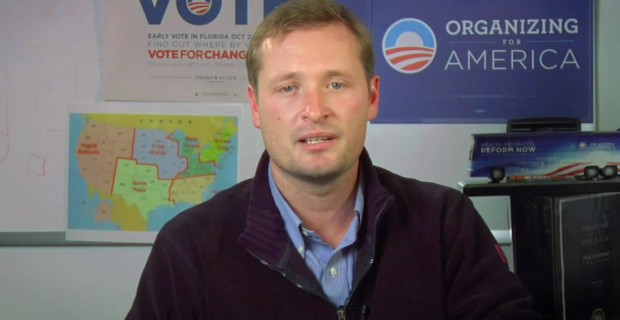 “Stupid white people are the worst”

Stewart, who is white himself, is the founder of 270 Strategies, a consultancy firm that worked with Clinton Super PAC Ready for Hillary.

He also served as Battleground States Director for President Obama’s 2012 re-election campaign and was hailed by the Guradian as helping to build “a historic ground operation that will provide the model for political campaigns in America and around the world for years to come.”

In a tweet, Stewart asserts, “Uneducated whites are keeping @realDonaldTrump at his current numbers. Stupid white people are the worst.”

Respondents were quick to fire back at Stewart’s lazy racism.

“His numbers are up because of the corruption in the DNC and your illegitimate candidate Hillary,” wrote one.

“Casual racism is OK as long as you support the right political party,” added another.

Stewart subsequently admitted that he was an “elitist,” before lecturing people on their spelling.

Stewart’s tweet is emblematic of how the left arrogantly dismisses support for Donald Trump by characterizing the concerns of his voters as bigoted and ignorant, when in reality millions of white, blue collar Americans support Trump because they have been harmed by globalist trade deals that have gutted the country’s industrial base.