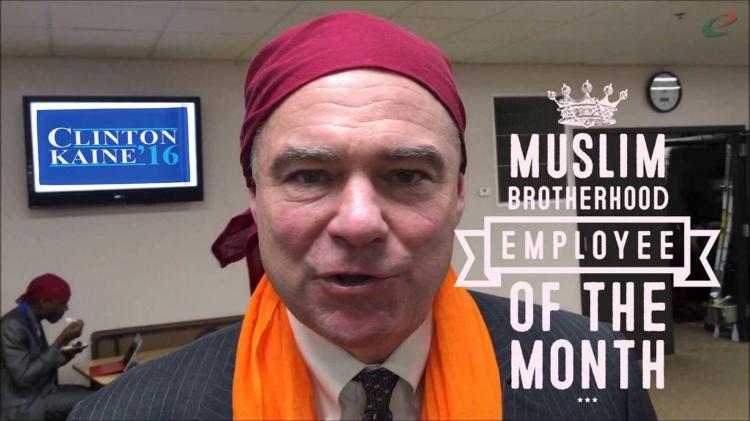 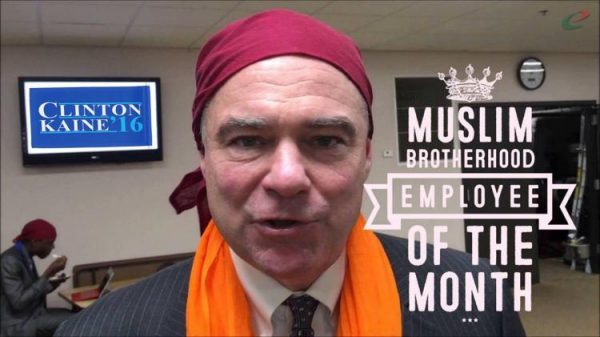 Hillary Clinton had her pick of leftists and radicals to choose from as her vice presidential running mate. She could’ve gone with the radical Injun Elizabeth Warren – but then two far left radical screeching women might have been too much.

She had her choice of an Hispanic or black or any number of leftists ne’er-do-wells and she could’ve even asked the old socialist curmudgeon Bernie Sanders – but instead chose a middle-of-the-road whitey.

Virginia Senator Tim Kaine is said to be a great choice. It is interesting though that we don’t hear the Democrats, who were all about diversity (when it suits them), complaining about the choice of a cracker – and worse that he is billed as a boring common sense Democrat. But Kaine is neither boring nor common sense.

As we are all aware, Islam is on the rise. We see or hear of attacks virtually every day. Left or right, we know this is a growing problem and is sure to be one of the number one issues in the general election. Voters will no doubt judge the two tickets on their stances regarding this issue.

We know, or at least he tells us, where the Trumpster and his running mate stand. If we believe them, they will be tough on terrorism and terrorists. Hillary, as we know, has a sketchy past to put it kindly. But we haven’t heard where Kaine stands on the issue – until now.

It seems Tim Kaine “has a history of embracing Islamists.”

At the time, Omeish was president of the Muslim American Society (MAS), to which convicted terrorist Abdurrahman Alamoudi testified that, “Everyone knows that MAS is the Muslim Brotherhood.”

Omeish was also president of the National Muslim Students Association and spent two years at the Islamic Society of North America (ISNA). Everyone who’s anyone knows these are all Muslim Brotherhood front groups, which sponsor terrorists like Hamas.

Omeish was/is bad news and Kaine appointed him to an immigration board. Good call.

“In September 2011, Kaine spoke at a “Candidates Night” dinner organized by the New Dominion PAC that presented a Lifetime Achievement Award for Jamal Barzinji, who the Global Muslim Brotherhood Watch describes as a ‘founding father of the U.S. Muslim Brotherhood.’”

Now one could say that Kaine was an innocent bystander, but would a Republican be afforded the same leeway if he spoke at an event honoring a member of the Klan? I think not! The press would say he should’ve known – he or his staff should have checked.

Barzinji was even nearly prosecuted by the Obama administration for his terrorist ties, but oddly the indictment was halted. I wonder why?

And Barzinji wasn’t just honored by the New Dominion PAC – he was a financier of the organization, through the International Institute of Islamic Thought (IIIT) – another Brotherhood front group.

Coincidentally, the Islamist PAC donated to Kaine’s gubernatorial campaigns, totaling over $43,000 between 2003 and 2005. Kaine in fact has had a very cozy relationship with the Muslim Brotherhood and their front groups. Virtually every major Brotherhood Islamist group has given to Kaine’s various campaigns – even the devout at CAIR.

The Clarion project concludes that if Tim Kaine is ignorant of all these relationships, it is a willful ignorance. “If he has an Internet connection, than he and his staff should have known about their backgrounds. They were either extremely careless (something Kaine would have in common with the top of the ticket) or knew and looked the other way in the hopes of earning donations and votes.”

I couldn’t agree more. With Islam on the rise, this is not the kind of guy we want or need as vice president.