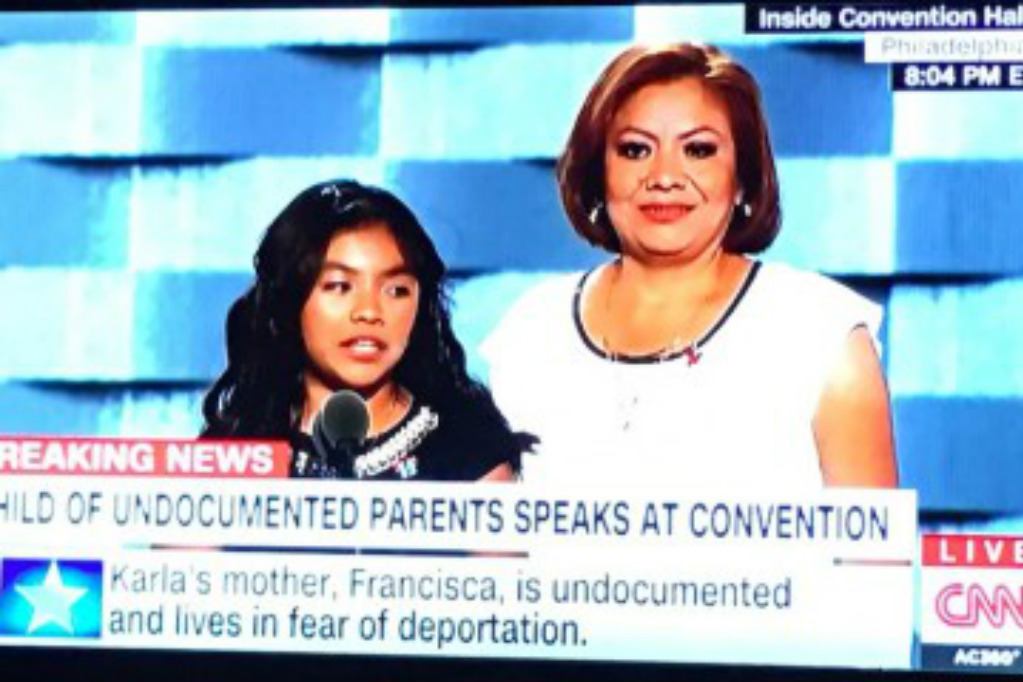 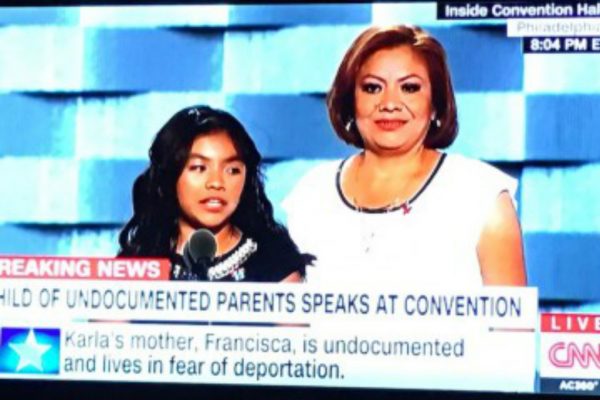 So, those who set up the Democratic National Convention, every person involved, and knew about the illegal aliens who would take to the convention stage on Monday evening, are guilty of violating federal law.

It appears that the DNC not only violated federal law at their convention, but they did it at least twice.

(iii) knowing or in reckless disregard of the fact that an alien has come to, entered, or remains in the United States in violation of law, conceals, harbors, or shields from detection, or attempts to conceal, harbor, or shield from detection, such alien in any place, including any building or any means of transportation;

(iv) encourages or induces an alien to come to, enter, or reside in the United States, knowing or in reckless disregard of the fact that such coming to, entry, or residence is or will be in violation of law; or

(I) engages in any conspiracy to commit any of the preceding acts, or

(II) aids or abets the commission of any of the preceding acts,

So, the DNC knowingly invited an illegal alien, Francisca, and her daughter Karla to the national convention to push the known criminal Hillary Clinton for president. Not only that, but the daughter acknowledged before a national audience on television that her mother was in the country illegally. That means both mother and daughter, as well as the DNC know that this woman is guilty of violating the laws of our constitutional republic.

What’s even more telling about the crimes of Hillary Clinton is that before the mother and daughter took to the stage at the convention, a video was played where the daughter told Clinton that her mother was in the country illegally. Furthermore, Francisca had been issued a deportation letter, which was apparently ignored by Hillary Clinton, as well as the DNC.

However, this is not the only violation of law by the DNC at the convention.

Following Francisca and Karla, another illegal alien named Astrid Silva took to the stage just five minutes later and openly stated, “I came to America illegally with my mother when I was 4-years old. We crossed the river [Rio Grande] on a raft.”

Now, understand, I don’t know the history of either of these women. They may have been trying to escape oppression or just looking to make things better for themselves and their families. So, I don’t blame them for decisions they’ve made. However, the DNC is promoting a woman for the office of president that has authority to enforce laws against both women, but under Barack Hussein Obama Soetoro Soebarkah that enforcement has been nothing short of criminal in itself.

So, I ask, Attorney General Loretta Lynch, why are you not prosecuting everyone involved in this crime, including Hillary Clinton? Is it because you are just as corrupt as the rest of them?

By the way, according to the law, those involved face this for each of the women who appeared at the convention:

(iii) in the case of a violation of subparagraph (A)(i), (ii), (iii), (iv), or (v) during and in relation to which the person causes serious bodily injury (as defined in section 1365 of title 18) to, or places in jeopardy the life of, any person, be fined under title 18, imprisoned not more than 20 years, or both; and

(iv) in the case of a violation of subparagraph (A)(i), (ii), (iii), (iv), or (v) resulting in the death of any person, be punished by death or imprisoned for any term of years or for life, fined under title 18, or both.

Does it appear to anyone reading this that both Hillary Clinton and the DNC have violated the law? Sure, they did not bring the people over the border, but they have sought to give sanctuary to them and even promote their illegal actions as legal by giving them a platform to speak from.

Additionally, I address the unlawful Attorney General because, according to the law, under the authority to arrest, “No officer or person shall have authority to make any arrests for a violation of any provision of this section except officers and employees of the Service designated by the Attorney General, either individually or as a member of a class, and all other officers whose duty it is to enforce criminal laws.”

I’m not expecting to see Ms. Lynch take any actions.