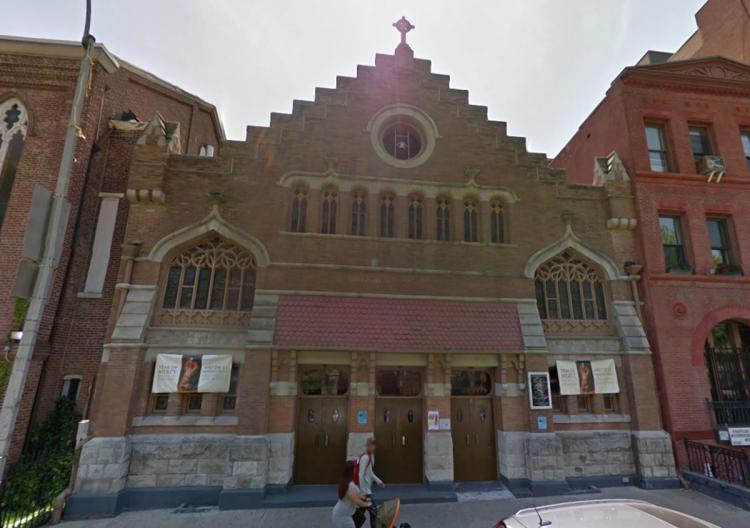 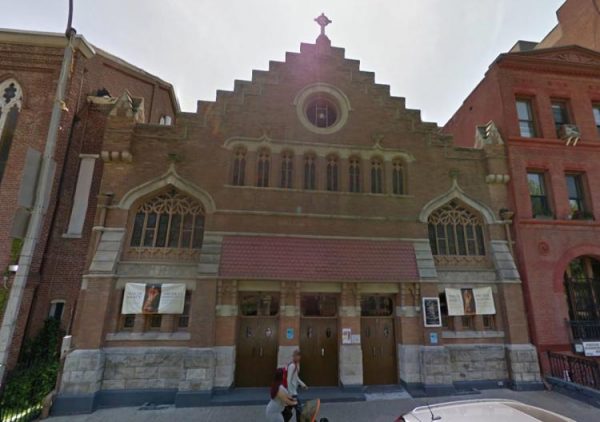 The phrases “You must pay! Allah! Wake up!” were written on the walls of the Church of St. Catherine of Genoa on W.153rd St. near Amsterdam Ave. (Google Earth)

Muslim leaders exploit black causes, black communities, and their civil rights grievances to their own ends. Few, if any, American black leaders speak of modern-day slavery — blacks enslaved by Muslim slave owners in Muslim countries like Mauritania. There is a huge mosque up in Harlem; cops ought to start their investigation there.

The notoriously leftist NY Daily News calls the jihadi who did this a nutcase. No, he is following Islamic scripture, but if this had been a Christian who did this to a mosque, would the NY Daily News describe the perp the same way? Ha!

The phrases, “You must pay! Allah! Wake up!” were scrawled on the walls of the Church of St. Catherine of Genoa on W. 153rd St. near Amsterdam Ave.

NYPD investigators were searching Thursday for a nutcase who sprayed ominous graffiti on a Harlem church, police said.

Surveillance video captured the vandal defacing the Catholic house of worship Wednesday and then taking off, Father Evaristus Ohuche said.

“Someone came and defaced church property,” he said. “It was outside on the outside wall, and on a poster on the wall. Something about Allah and ‘you must pay,’ and all kinds of symbols.”

Church officials called police, who came and took the poster to check it for fingerprints.
Some of the writing was illegible or incoherent, Ohuche said.

He was puzzled, he said, because the church hasn’t been the target of any recent threats.

“The camera caught the guy but couldn’t see his face,” he said. “All I know is that the camera was able to see the back of him. I’m hoping it was just a kid.”

There had been no arrest Thursday, and cops were still investigating.

On July 19, someone left a much more terrifying note at the home of a Staten Island family.

Police said the family in the Staten Island incident had lived there for three years and had no issues with their neighbors or co-workers.