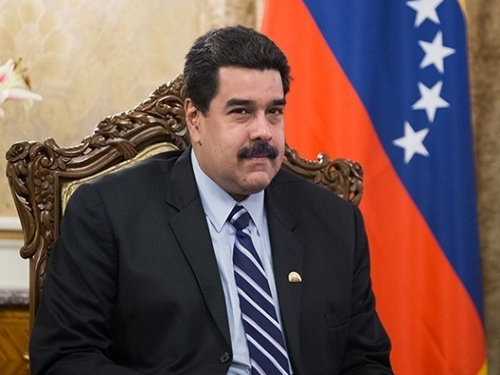 All socialist schemes end in the same way. Given enough time, socialist governments will bring poverty, misery, and death to their citizens. But instead of changing their ways, the operators of a command economy will double down over and over again until the whole system collapses.

Since these people only think of the economy as a simple machine and their citizens as cogs, they will inevitably start to treat their citizens like robots as their system falls apart. And that’s exactly what’s happening in Venezuela, where the government is now mandating forced labor for their citizens.

In an effort to deal with the country’s food shortages, the government has decreed that citizens who are physically able will have to work on Venezuela’s farms for at least 60 days per year, regardless of what their current job entails. Workers will still be paid their normal salaries and can’t be fired from their day jobs. The government reserves the right to increase this farm work period if needed.

Obviously this won’t work. Venezuela doesn’t have food shortages because people aren’t working the fields. High yield farms require equipment and fertilizers that can’t be made domestically anymore, and nobody can afford to buy these supplies abroad either. The real problem is that peoplecan’t work these farms, because they don’t have what they need to run them.

Instead of the solving the food crisis, the forced labor program is going to send hundreds of thousands of urban dwellers to the farms, where they will be paid to do nothing. And since they won’t be doing their day jobs, more shortages and dysfunction will emerge in other sectors of the economy. Surely the Maduro regime will concoct some other ridiculous and authoritarian scheme to deal with those shortages, and that will probably cause more problems. And on and on it will go, either until everyone starves to death, or until Maduro’s government is overthrown.