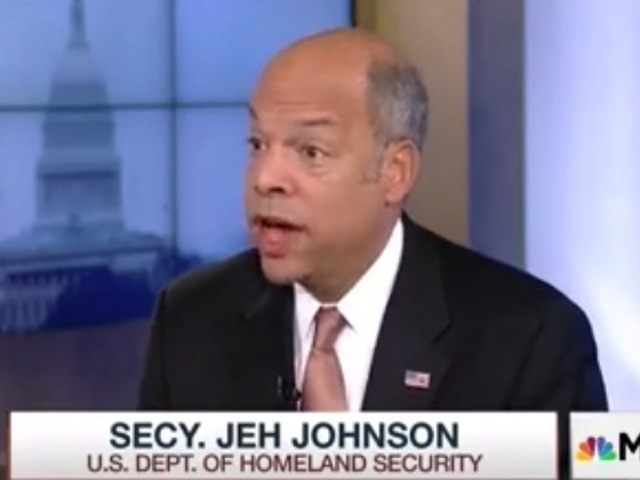 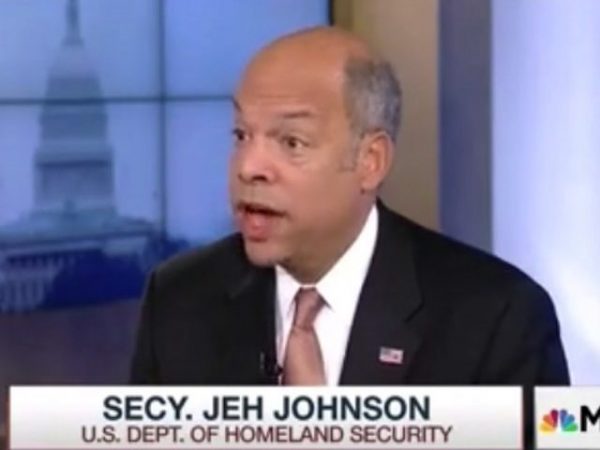 Homeland Security Secretary Jeh Johnson, who claims that it is his job to give voice to the plight of the Muslims, blasted GOP presidential candidate Donald Trump over comments that he considers to be rhetoric that “vilifies Muslims.”

“Overheated rhetoric that fans the flames of fear and prejudice has consequences,” Johnson said on Wednesday at the annual Aspen Security Forum about Trump’s plans to halt Islamic immigration into the US, according to the Colorado Springs Gazette. He also warned that anti-Muslim campaign statements are “a setback to our homeland security efforts.”

While Johnson claims to use intelligence from the Muslim community to stop “lone wolf” attacks, what he fails to understand is that they are not lone wolf attacks.

“There is very definitely a role for the public to play in this environment,” Johnson added. “The public can and has made a difference through vigilance and awareness.

Pamela Geller has rightly countered Johnson’s propaganda before when she wrote, “There are no lone wolves in the jihad war. There are millions of Muslim soldiers all over the world all following the same playbook – the Quran – and the same ideology – Islam.”

“But the media won’t ever tell you that,” she added. “It wouldn’t fit in with their pro-jihad propaganda offensive.”

Johnson claims to be optimistic about keeping America safe despite the threats the have been issued by the Islamic State and their supporters.

“In our world, good news is no news and nobody seems to be interested in the good news and the good work of Homeland Security employees every day,” Johnson said.

It’s because Homeland Security can’t even deal with itself. Does Johnson have his head in the sand? Does he not remember the Oklahoma beheading? What about San Bernardino? How about the Chattanooga shooting? What about Garland, Texas? What about the Orlando shooting? His unconstitutional agency has done absolutely nothing to stop terrorism, zero, zip nada.

The Gazette went on to report:

Johnson said the Islamic State group, which has taken over a wide swath of Iraq and Syria, now seeks to “inspire people to stay home and commit terrorist attacks. It’s low-risk low cost.”

The government can’t take on homegrown terrorists alone, he said. Tips from the public are key.

“I think there is a way to channel the sense of anxiety now into a more positive and constructive awareness of how we can support our homeland security law enforcement officials,” he said. “There is a role for the public to play.”

And just who are these “homegrown terrorists” Johnson is referring to? Quite possibly it is one of 72 types of American Patriots, those who do not engage in terrorism or violence, but believe in standing up for justice, truth and the foundations upon which our Republic was built.

Furthermore, I would ask Mr. Johnson if he is aware of just who armed, funded and trained those Islamic jihadists in Syria and Iraq. Doesn’t he know it’s the current administration?

Jeh Johnson is nothing more than a useful idiot, but he is up far too high in government to not know what is going on.