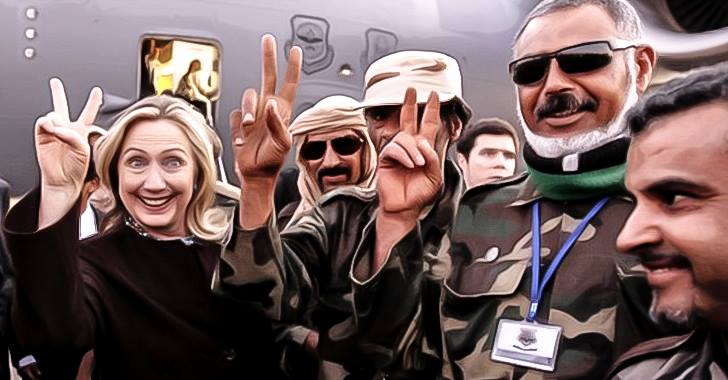 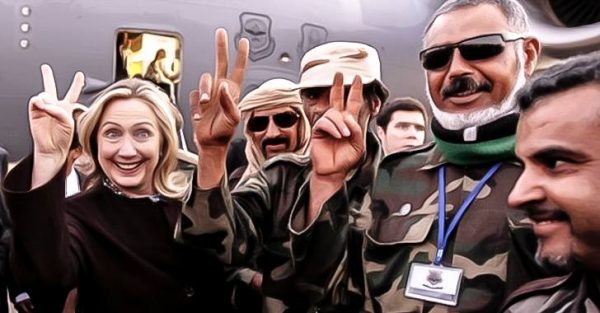 As the race for the White House heats up, WikiLeaks continues to unveil sensitive information showing ties between the Democratic Presidential nominee Hillary Clinton, foreign governments, and corrupt companies.

In a recent tweet, WikiLeaks reported its unveiling of Clinton’s dubious ties to Lafarge, an American company owned by a French conglomerate that, between 2011 and 2013, paid taxes to the Islamic State (ISIS) in order to protect its cement factory 95 miles northeast of Aleppo, Syria. The arrangements were discovered by the French daily, Le Monde. The story became relevant once again after the Office of the Mayor of Paris recently struck a corporate partnership naming Lafarge as its main supplier.

Lafarge bought the cement plant in Syria in 2007, but in 2011, civil war broke out, forcing Lafarge to make the choice of paying the terrorist organization to continue production. The taxes were allegedly paid to ISIS middlemen and other rebel groups in Syria.

Another investigation carried out by Zaman al-Wasl, an independent news organization based in Syria, adds that Lafarge may have also bought oil from ISIS regularly.

On July 13, 2014, Zaman al-Wasl reported, Mamdooh al-Khalid, who served as the manager and sales manager of Lafarge Syria, “wrote to Bruno Pescheux, General Manager of Lafarge warning him about buying [f]uel from non-governmental company in areas out of the regime’s control.” If Bashar al-Assad’s regime discovered the deal, al-Khalid allegedly warned, the regime would not be pleased.

In a reply to al-Khalid, Pescheux “advised him to mention that Lafarge had done its best to get fuel from the government, and wondered about the previous requests for fuel from Homs refinery” before illegally buying fuel from ISIS in case the regime were to find out about the dealings.

According to The Canary, “Al-Wasl reported that the CEO of Lafarge Cement Syria, Frederic Jolibois, had personally instructed his firm to make payments to Isis.”

But the fact a private Western company has allegedly had dealings with ISIS is not the only worrying factor in this story.

According to an article from 2007 published by the Washington Post, Hillary Clinton was the Clinton family’s breadwinner in the early 1990s, when she was “earning more than $100,000 a year from her law firm salary and corporate board fees.” At the time, she served on Lafarge’s board, making about $31,000 a year from the company.

The report added that “[s]hortly before Bill Clinton was elected president in 1992, Lafarge was fined $1.8 million by the Environmental Protection Agency for pollution violations at its Alabama plant.” As soon as Clinton was elected, however, the administration “reduced that fine to less than $600,000.” Hillary left the board in 1992 after her husband won the Democratic nomination.

According to an investigative report published in the 1980s by the American Spectator and used as a source by The Canary, Hillary Clinton was already involved with the firm when Lafarge helped to facilitate the CIA’s support for Saddam Hussein’s secret weapons program. At the time, Clinton “did legal work for Lafarge … [providing] key services for the covert arms export network that supplied Saddam Hussein.” The Canary added that the investigative report unveiled how “the Justice Department was told to bury the investigation” to “prevent exposure of that secret supply line, and collateral damage to Hillary Clinton.”

As Paris accepts a bid from Lafarge to provide sand for this summer’s Paris-Plages event, an international corporate watchdog known as SumOfUs is now urging Paris Mayor Anne Hidalgo to “immediately cut Paris’ partnership” with the company.

In a petition with nearly 40,000 SumOfUs member signatures, the group claims the partnership with Paris is “scandalous.” According to the SumOfUs campaign manager, Eoin Dubsky, this deal “should have never happened.”

“By partnering with Lafarge for this summer’s Paris-Plages event, the City of Paris is whitewashing the company’s obscene show of corporate greed that profits off the war and violence created by terrorists,” the SumofUs announcement reads.