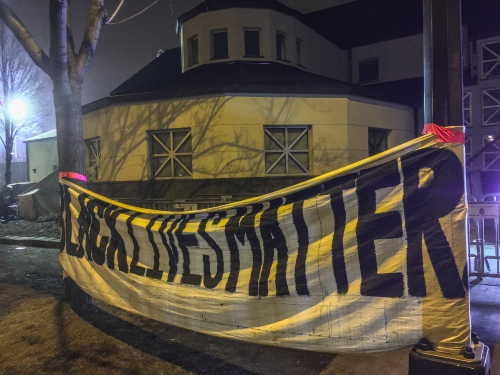 Over the past three years we’ve watched the Black Lives Matter movement grow from a popular twitter hashtag, into a well organized protest group that has chapters all over the United States. The public has watched them evolve from a group with some legitimate grievances, and into a George Soros backed, race baiting monstrosity that is now better known for protests that make a habit of blocking traffic, and obnoxiously yelling over public figures with bull horns.

Of course, the movement isn’t done evolving and metastasizing. They’ve recently crossed a new milestone. BLM has 60 different independent chapters, and for the first time they’ve come together to create a consistent list of demands. Brace yourself, because we’re about to dive head first into crazy town.

If you only took a cursory look at what they want from society, you might notice a few demands that are pretty reasonable. There’s some things in there that a lot of people would like to see change, such as eliminating government surveillance programs, demilitarizing the police, ending private police and private prisons and what not.

But once you really dig into the text, it becomes clear that these people are out of their minds:

What? Free college? Guaranteed living wage? And what the hell is food apartheid? I wish I could say that this is the worst of it, but their demands only get crazier from there. In a nutshell, the rest of their demands basically amount to wealth distribution, the socialization of multiple industries, and other vague, childish notions.

Unlike other socialist movements however, there’s a racial angle. That’s the only significant difference. I guess you could say that what they want is kind of like national socialism, but for black people instead of Germans. If I were to sum up their demands, I would say that Black Lives Matter More Than Yours is a more apt name for this movement.