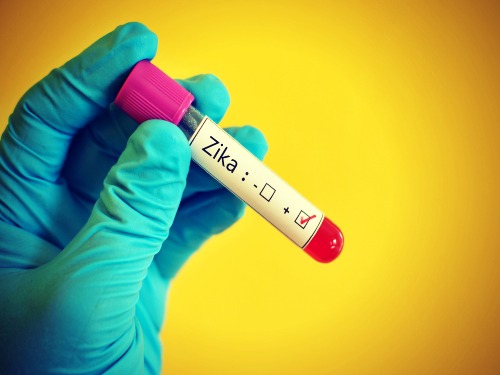 An aerial insecticide spraying campaign began at dawn Wednesday morning in Florida to kill mosquitoes that might be infected with the zika virus. The spray will cover a 10-mile area in Miami. Health officials claim the the chemical to be sprayed, an organophosphate neurotoxin called Naled, is “safe” to breathe and no one really needs to take any special measures while they are being sprayed like bugs (although it has been “recommended” that people with allergies stay inside).

While health officials still have yet to find a mosquito actually carrying the virus in Miami, 15 people have reportedly been diagnosed with zika there, mostly concentrated in the north downtown Miami area, and officials claim to have ruled out transmission via other means such as travel or sexual intercourse.

On Monday, Gov. Rick Scott asked the Centers for Disease Control and Prevention (CDC) to activate a CDC Emergency Response Team (CERT) to continue going door-to-door to collect urine samples in a sort of zika martial law exercise. The activation call coincided with the CDC announcing an unprecedented travel warning urging pregnant women to avoid the area in Miami where zika-infected people started popping up. It’s unprecedented because this kind of martial law behavior, including the travel warnings, wasn’t even remotely shown during the Ebola psyop, and Ebola is a lot more deadly than zika.

Pregnant woman should avoid the area anyway, because according to the Northwest Center for Alternatives to Pesticides factsheet on Naled, studies have shown that exposure of pregnant animals to for just three days during brain development resulted in 15% smaller brains in their babies, and an increase in aggressiveness and memory deterioration. Naled also happens to be 20 times more toxic when exposure occurs due to inhalation of Naled-contaminated air versus ingestion. Symptoms can range from fatigue, headaches and nausea to diarrhea.

Naled has also caused pancreatic cancer and leukemia in lab tests. Naled has been found to be especially damaging to the nervous system. Naled’s inert ingredients include Napthaline, classified by the EPA as a “possible human carcinogen,” and 1,2,4-trimethylbenzene, a nervous system depressant. In addition, it breaks down into dichlorvos, and two independent studies (here and here) have shown an increase in pediatric brain cancers when children are exposed to dichlorvos versus when they are not.

When the CDC recommended spraying it in Puerto Rico, people there protested for concerns it would have detrimental effects on the environment, including residents’ health and local agriculture.

As Activist Post’s Bernie Suarez has previously reported, it still has not been proven that microcephaly — a birth defect that causes babies to be born with abnormally small heads and the new big concern from zika — is even officially caused by zika. All evidence thus far is entirely circumstantial, as even Director-General Maraget Chan of the World Health Organization has gone on the record to state. In fact, decades of scientific literature show zika is largely benign.

One has to wonder if this entire thing is a psyop as others have previously reported… our officials are going to an awful lot of trouble, demanding urine samples door-to-door and spraying everyone like bugs, for a virus that Mac Slavo of SHTFPlan.com points out “is not necessarily life threatening” anyway. Could this have anything to do with the fact that the GM mosquitoes purposefully released over Florida to combat Dengue fever aren’t dying off the way they were supposed to?