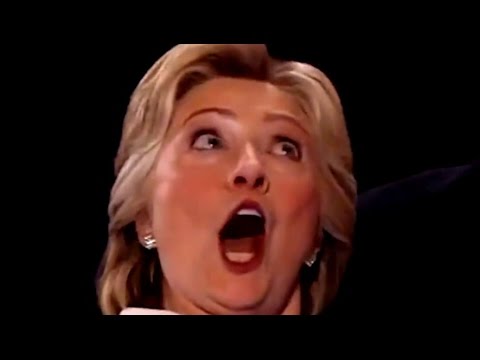 In the last few years, and most recently as her campaign heated up,  we’ve seen Hillary Clinton engage in some bizarre behavior. From coughing fits and bouts of rage to uncontrollable laughter and overreaction to external stimuli, Paul Joseph Watson investigates what may be behind her odd demeanor.

Is it post-concussion syndrome following a blow to the head in 2012? Is she having seizures? Does the lesion spotted on her tongue suggest she may have contracted syphilis from sex addict Bill Clinton? Or is she just a sociopath totally lacking emotional literacy?

President Obama claimed this week that Donald Trump was unfit for the Office. If Hillary Clinton’s behavior as of late is any indication, it may be accurate to say that it is she who is physically unfit to serve as President.