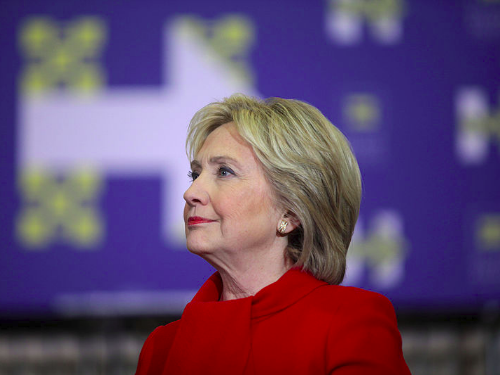 Now that Hillary has secured the Democratic nomination (to the surprise of no one), she has slowly shifted her rhetoric to sound more like Bernie Sanders. She knows that millions of Democratic voters absolutely despise her, and would rather vote for anyone else, or not vote at all. So she has to reel those voters back in, and convince them that she’s going to fight for at least a few of the same socialist policies that were made popular by Sanders.

During a campaign stop in Nebraska earlier this week, she was doing her best Bernie impression as she called for a more equitable tax code (ie, one that will place more taxes on the rich) and criticized Trump because he“wants to cut taxes for the super-rich.” Then she made what appears to be a Freudian slip, and revealed who she really wants to tax into oblivion.

It just goes to show how brain dead Hillary’s followers are. They cheer and clap on cue like trained monkeys. She could promise those people to order a drone strike on an orphanage, and they’d throw her a parade.