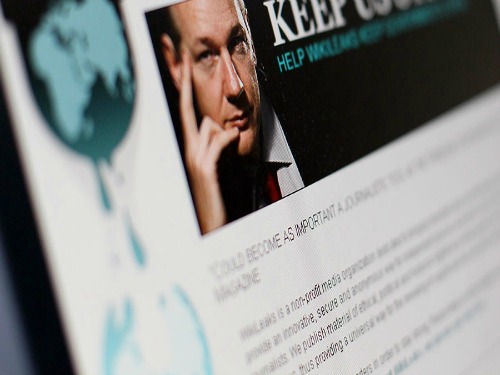 Last Friday, Julian Assange appeared on HBO’s Real Time With Bill Maher, and the interview took an interesting turn when Maher said that the WikiLeaks founder was working with a “bad actor.”

The two were discussing the recent DNC leaks, and Maher said he didn’t believe there was any information released that would be considered a  “smoking gun” or “gotcha” moment for exposing corruption within the DNC.

Assange fired back, pointing out that four people in the DNC have resigned since the leaks were released. He went on to describe an email sent by Luis Miranda (who resigned last week), in which the former DNC Communications Director instructed his fellow Democrats to pump out – in an “in-attributable manner” – statements that Bernie Sanders supporters were engaged in acts of violence.

Why haven’t we seen anything hacked from the Trump campaign? Obviously we know these came from Russia. And we also know that you do not like Hillary Clinton at all, as does not Vladimir Putin.

Then Maher attempted to poison the well:

It looks like you are working with a bad actor, Russia, to put your thumb on the scale and basically f*ck with the one person who stands in the way of us being ruled by Donald Trump.

Assange – without hesitation – responded with an unexpected question for Maher:

I do notice that a William Maher gave a Clinton-affiliated entity $1 million. Perhaps you would like to comment. Is that you?

I don’t think you have to look in your files to find that. I gave Obama $1 million — I made it public. The whole point of it was to make it public so people in 2012 would understand that the game had moved to the million-dollar level after our Citizens’ United ruling.

When Assange pressed Maher further, asking if there was another $1 million donation made to a Clinton group, the host replied, “F*** no.”

Maher made another attempt to divert the focus to Donald Trump:

Why don’t you hack into Donald Trump’s tax returns?

To this, Assange replied:

Well, we’re working on it.

WikiLeaks has since clarified that Assange’s comment was not to be taken seriously:

WikiLeaks isn't 'working on' hacking Trump's tax-returns. Claim is a joke from a comedy show. We are 'working on' encouraging whistleblowers

Warning: Profane language in this interview may offend some readers

Yesterday, Joe Concha of The Hill raised an important question:

Did Maher lie to Assange – and Real Time viewers – about that $1 million donation?

Maher quickly deflected to the donation he made to Obama in 2012. But, Concha did a bit of digging…

According to the White Pages, there are exactly three people named William Maher currently living in Los Angeles.

So if Maher is to be believed, that he’s not the William Maher who made a $1 million donation to Hillary Clinton — which is the same exact amount the HBO star very publicly made to President Obama in 2012 — then one of the other two Los Angeles-based men named William Maher made the gaudy donation.

So if it turns out to be the case that HBO’s Bill Maher made the donation, what are the consequences in terms of trust with his audience? You can agree or disagree with the 60-year-old Maher, a popular figure who draws an average of 4.4 million viewers per week (when including reruns) to a political panel program on a pay channel, a remarkable feat and one that underscores his ability to draw eyeballs and periodically shape narratives.

But if he blatantly lied to Assange, to his audience, what does that say about his credibility? Part of Maher’s appeal is being brutally candid and authentic in his convictions. He may be inelegant, he may go way over the line (calling Sarah Palin the c-word, for example), but few doubt the sincerity of his principles.

If Maher is lying here, what does this do to him exactly? Will his audience care?

As Assange pointed out in the interview, the materials that WikiLeaks releases are “pristine”:

We’re really good at this. We have a ten-year perfect record of having never got it wrong in relation to the integrity of what we’ve released. There’s no allegation – even from Debbie Wasserman Schultz, or any of these people – that any of the material is not completely valid and true.