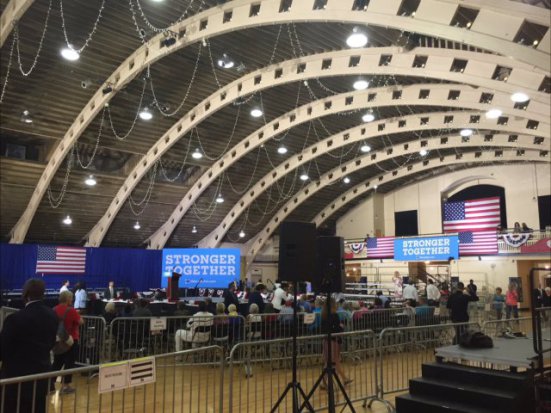 Only 171 people turn up for Clinton’s rally in Florida

The Hill newspaper is being accused of Hillary favoritism after it used a fake photoshopped crowd to promote a live video stream of Clinton’s rally in St. Petersburg.

A tweet entitled ‘WATCH LIVE: Clinton holds Fla. rally after major Trump speech’ was illustrated by a picture of Hillary giving a speech surrounded by a large crowd of people.

However, the image is obviously a mock up, with groups of people layered into the shot.

The real crowd at the event looked somewhat less sizeable and a lot less enthusiastic.

“A couple of hundred people showed up [door count puts the number at 171] within a St. Petersburg venue capable of holding in excess of 4,000 without seating,” points out the Conservative Treehouse.

The media’s apparent effort to artificially inflate the size of Hillary’s crowds is noteworthy given that Donald Trump has consistently accused the press of refusing to show the huge attendances at his own rallies, as seen in the footage below.