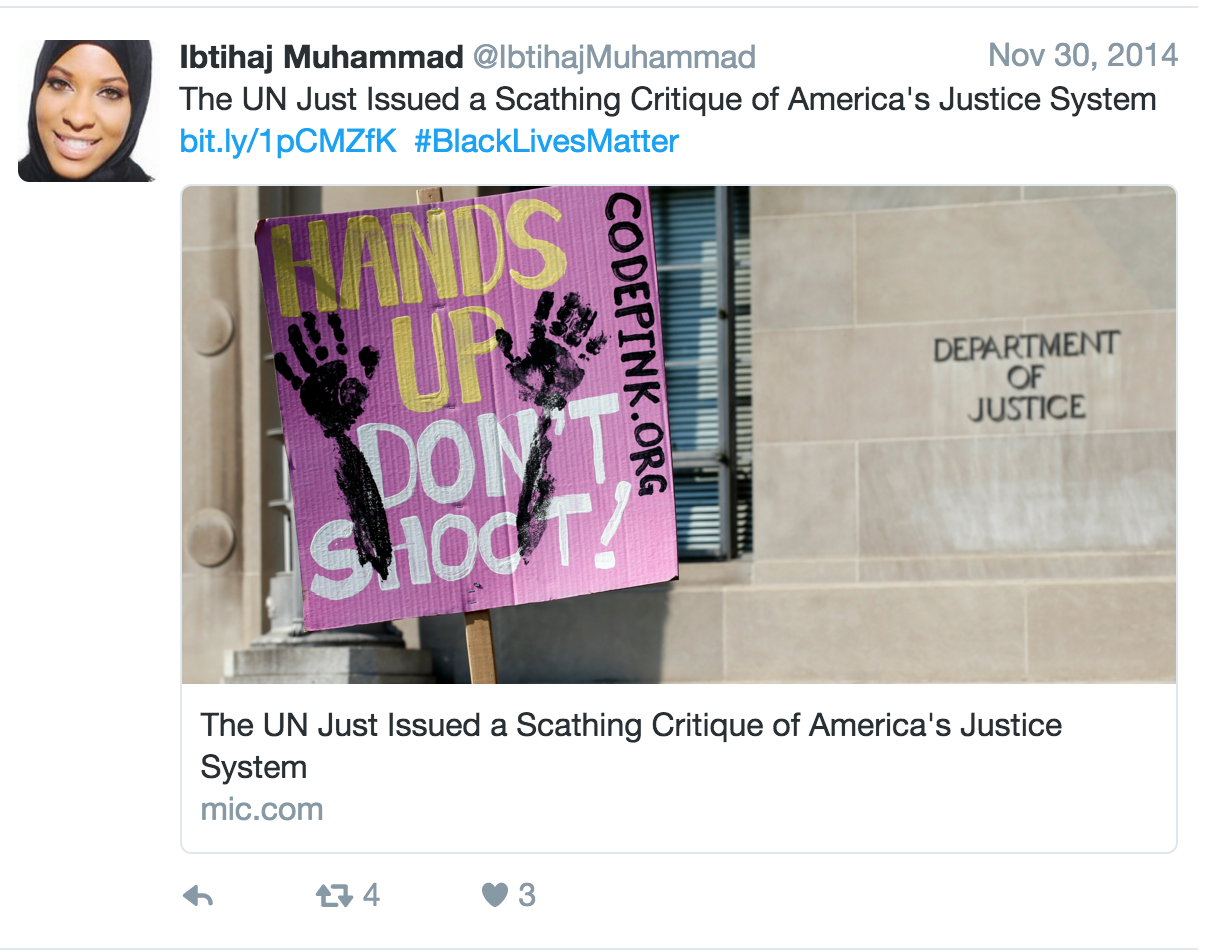 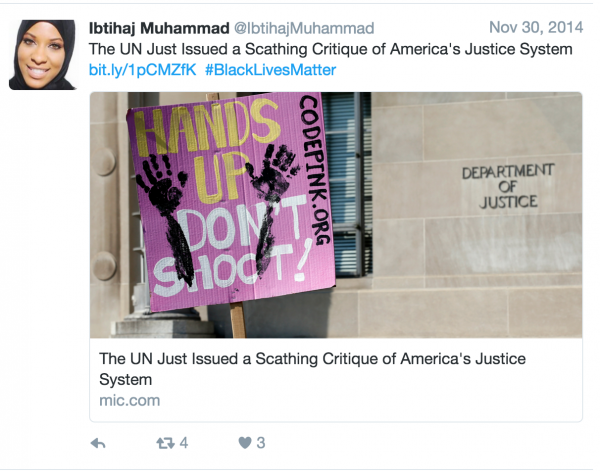 Previously, I posted on the vile Jew-hatred of the Muslim poster girl for the American Olympics. The sharia -compliant media has designated her icon of the Olympic games in Rio. But as you can see, it’s not just the Jews, Ibtihaj Muhammad‏ is an America-hater.

Strange for someone who wants to hold the flag at the Olympics (but not so strange for an Islamic supremacist). Worse the elites were calling for Phelps to give up the flag to her.

This hater should carry our flag of freedom?

If Ibtihaj Muhammad is a poster girl for anything, it’s how the enemies of freedom have seized the narrative — demonizing the good and exalting the evil.

Here she lauds Imam Suhaib Webb — more than once. Suhaib Webb is currently the imam of the Islamic Society of Boston Cultural Center, which is part of the same entity under the same ownership as the Islamic Society of Boston, where Boston Marathon bombers
Tamerlan and Dzhokhar Tsarnaev worshipped. Webb spoke alongside the late al-Qaida senior operative Anwar al-Awlaki at a Sept. 9, 2001 fundraiser for an Islamic radical who killed two police officers, according to FBI surveillance documents.

The former imam of the Islamic Society of Boston, Suhaib Webb, is revered in the mainstream media as a “moderate,” but he has actually denounced secularism as a “radical lunatic ideology.” Webb also once headed up a fund-raiser for a cop killer with arch-terrorist Anwar al-Awlaki.

Webb previously served as imam of the Islamic Society of Greater Oklahoma City, where an Ohio jihadi beheader  reportedly worshiped.