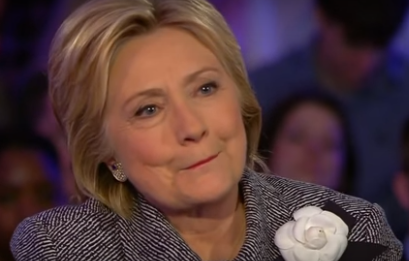 Long before Hillary Clinton was a career politician, and long before she was nothing more than a well-known wife of a career politician, she was a lawyer. And while you can expect all lawyers to conduct unsavory activities from time to time, on account of the fact that even the most evil criminals deserve a competent attorney in our court system, some of the things she did as a lawyer are absolutely gut turning.

That’s what 54-year-old Kathy Shelton claims. She was 12 years old when she was raped by an older man named Thomas Alfred Taylor, and when the case went to trial, Taylor was defended by Hillary. She claimed that Shelton was emotionally unstable, and accused her of “seeking out older men.” Because of that, Shelton had to undergo a court ordered psychiatric evaluation to prove she was sane.

Ultimately, Taylor got off with a slap on a wrist. Clinton used a legal technicality that prevented a crucial piece of evidence from being submitted, which allowed Taylor to plead down to a charge of “unlawful fondling of a minor.” He only served 1 year in prison, when he could have served 30. In later years, Clinton would admit that she was certain Taylor was guilty.

Now Shelton is speaking out against Clinton. In a recent interview with the Daily Mail, she said that “Every time I see [Clinton] on TV I just want to reach in there and grab her, but I can’t do that.” She added that “I don’t think [Clinton’s] for women or girls. I think she’s lying, I think she said anything she can to get in the campaign and win. If she was [an advocate for women and children], she wouldn’t have done that to me at 12 years old.”