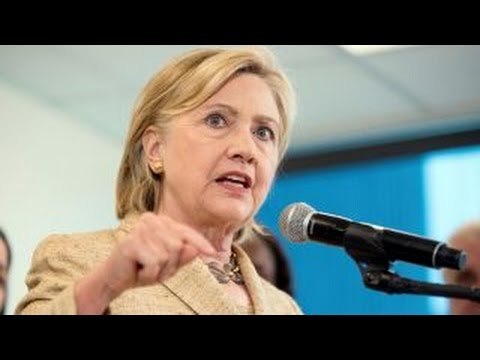 Dr. Fiona Gupta told Fox News that Hillary Clinton’s “long history of unexplained falls” should be explained by her campaign making a full record of her health issues publicly available.

The segment began with clips emphasizing how the health of 2008 Republican presidential candidate John McCain was a massive talking point for the left during the election cycle.

However, the same media outlets have responded to questions about Hillary’s bizarre behavior and documented health problems by dismissing the whole issue as a “conspiracy theory”.

Asked about photos that show Hillary being helped up some steps during a campaign stop in South Carolina, Dr. Marc Siegel said that a new bar has been set since 2008 that the medical records of candidates should be released.

“Donald Trump is 70 and Hillary Clinton is almost 69 – I wanna see both their records, let’s be fair,” said Siegel, noting that Hillary had a “huge concussion” and a blood clot on her brain four years ago.

“I’ve been asking since 2012 to see her neurological records,” added Siegel.

Neurologist Dr. Fiona Gupta concurred with Siegel that the release of the records was in the public interest.

“Neurologically speaking…. for both candidates’s medical history, neurological history has to be transparent – this is a long and rigorous campaign,” said Gupta, adding that Clinton had a “long history of unexplained falls” that led to post-concussive syndrome.

“I think follow up is important,” said Gupta, adding that speculation was unnecessary but a “good history” of Hillary’s health should be made available.

Watch the video below that re-ignited the controversy, which is now approaching 2 million views on YouTube alone.