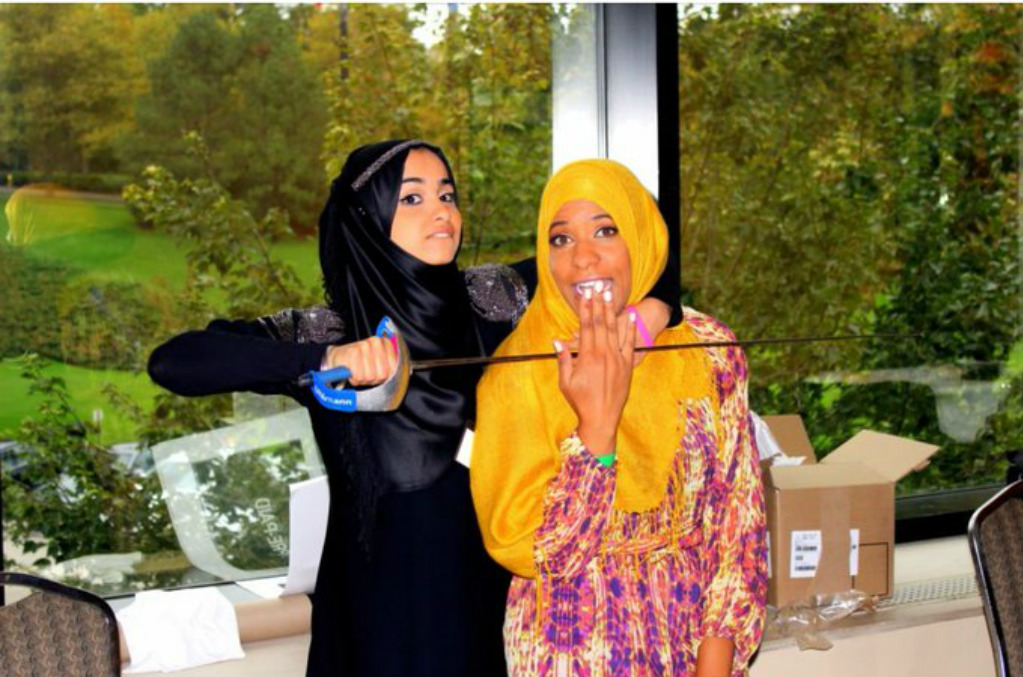 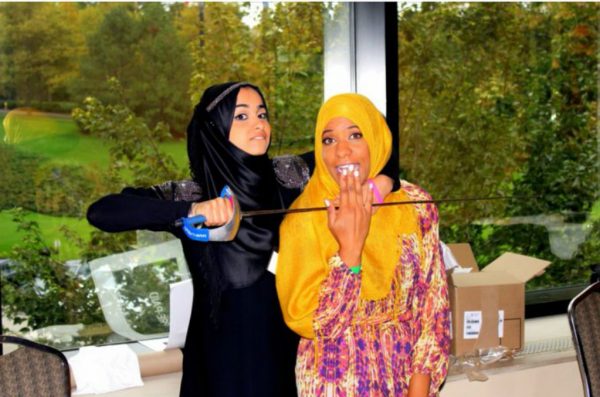 Ibtihaj Muhammad is one of the world’s best athletes and a champion fencer. She also happens to be both Muslim and American, and so she competes for the red, white, and blue in Rio’s 2016 Olympic games.

Sadly, Muhammad’s spectacular athletic talent is now being overshadowed by her ridiculous personal opinions and her poor personal choices.

First, Muhammad chose to air her unfounded and irrational fears about American racism in the days leading up to the Olympics. In an interview with the Daily Beast, Muhammad, a New Yorker, said that she lives in constant fear of violence because of her Muslim faith.

“[I feel unsafe] all the time. I had someone follow me home from practice and try to report me to police,” she said. “And this is right on 28th and 7th in New York City.”

“I’m very vocal about these things because I want people to know I’m not a novelty, I’m not special in any way, I’m a woman who wears hijab and these are my experiences,” Muhammad said.

Muhammad, who came second to Michael Phelps in the vote for who should carry the U.S. flag at the Opening Ceremony on Friday, said the country is at crossroads.

“I want people to know that as hard as [these racist incidents] are on me, they don’t come even close to things we’ve seen like the shooting in North Carolina or the rhetoric around the Khan family at the DNC. It’s ridiculous and we as a country have to change and I feel like this is our moment.”

(Sarcastic Side Note: Can you believe her racist teammates only voting her 2nd out of 550+ Olympians! I mean, choosing America’s greatest Olympian ever to carry the flag instead of this woman who competes in one of the least popular sports in the games! Racists.)

There is so much wrong with her commentary above. Where is this terrible rash of Islamophobia? According to the FBI, 57% of religiously motivated attacks in 2014 were focused against… JEWS. Not Muslims. In fact, out of the 1140 anti-religious hate crimes that year:

648 were attacks on Jews

184 were attacks on Muslims

98 were attacks on Christians (Catholic and Protestant)

So, let’s just be clear… there is no reason to fear anti-Muslim violence in America today.

But in America, Ms. Muhammad can become a world-class athlete, drive her car to the airport, vote for a woman for president, and complain about her country in the national media – and she can do this all without a real rational fear of reprisal.

Moreover, the Khan family brought the negative attention from Donald Trump upon themselves when they chose to attack him and his supporters for believing that Islam poses a threat to America.

While Muhammad is so worried about being mistreated for her faith, violent Muslim extremists have slaughtered thousands of people around the world (and in America) over the last 15 years. If she has reason to fear anti-Muslim sentiment in America, we have vastly more reason to fear the Muslim refugees flooding into the West.

This interview would have been bad enough in and of itself… but Muhammad had to make things worse.

Check out this picture she took that is now spreading like wildfire across the Internet.

Yea, that’s her playfully being beheaded by a friend with a sabre (sword) while this actual thing is happening all across the Muslim world as we speak. It’s not funny. Not remotely.

But I bet if you’re upset with her for mocking the pain that Christians across the Muslim world are experiencing… then you’re probably just an Islamophobic racist.