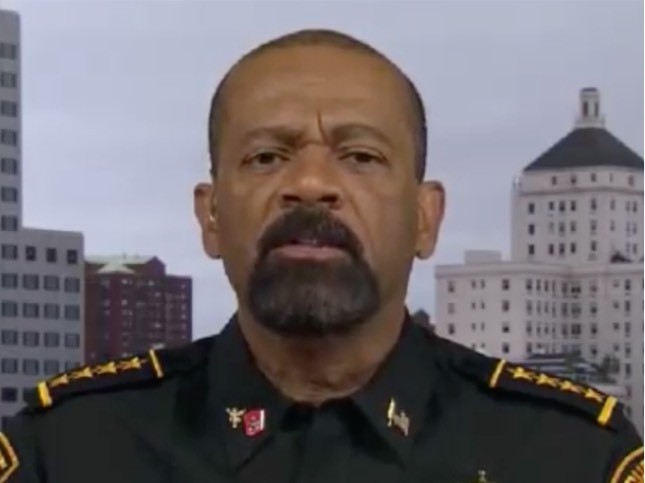 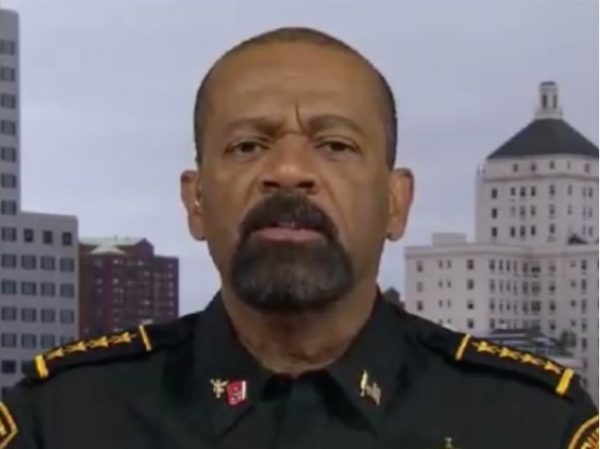 Milwaukee Sheriff David Clarke is known for his straight forward words on a variety of subjects. Recently, Sheriff Clarke appeared on FOX & Friends and leveled a charge at former Secretary of State Hillary Clinton, in which he said she was a “straight up cop hater.”

“Everyone running for public office, at any level, knows that you want and you have to have, not only law enforcement but also other first responders,” Sheriff Clarke said.

“She has made it clear from the convention that she is all in with the criminal element, she doesn’t care about victims of crime, she’s a straight up cop hater and so she is, like I said, rolling the dice on not having support of law enforcement,” Clarke added. “The problem for her is that middle America, mainstream America does not share her sentiment in having sympathy for criminals.”

.@SheriffClarke: Middle America does not share Hillary Clinton's sentiment in having sympathy for criminalshttps://t.co/lIp9kKal0n

He additionally added that Clinton had endorsed the Black Lives Matter movement, a group Clarke has spoken out against and considers to be a hate group, as well as pointed out that she refused to seek and endorsement from the National Fraternal Order of Police.

Clarke was not the only one this week to point out Hillary’s despising of police. Former New York City Mayor Rudy Giuliani appeared on FOX & Friends on Sunday and pointed out how Mrs. Clinton thumbed her nose at the police union.

“The Democratic Party has become an anti-law enforcement party. And this is the best demonstration of it,” Giuliani said. “They are in a very large extent responsible for the atmosphere that’s been created in this country.”

“It comes right from the top,” he added. “It includes Hillary. You don’t even go talk to and seek the endorsement of one of the major police unions in the country?”

It’s clear that Mrs. Clinton and her husband, along with the current occupant of the White House and many members of Congress, despise the law first and foremost. It’s why they constantly are breaking it and more emboldened to do so when there are no consequences. The flagrant disregard for police officers is just a sign of the root of the problem, which is lawlessness.